City fiscal planners assert based on this plan most homeowners will receive a cut or no tax increase with some outliers based on the adopted assessments required by state law every five years.

The most telling initial view of the budget is the flat funding of the Board of Education. Essentially Ganim is telling the school district the federal government is providing Covid-relief money, be creative with that to meet your needs.

This is an election year for the City Council so there’s a bit of a winking game going on to defend the honor of constituents and school advocates. Look for the budget committee to debate adding more school loot while trying to trim the tax rate about another mil or so.

The budget committee is chaired by Scott Burns and Ernie Newton. 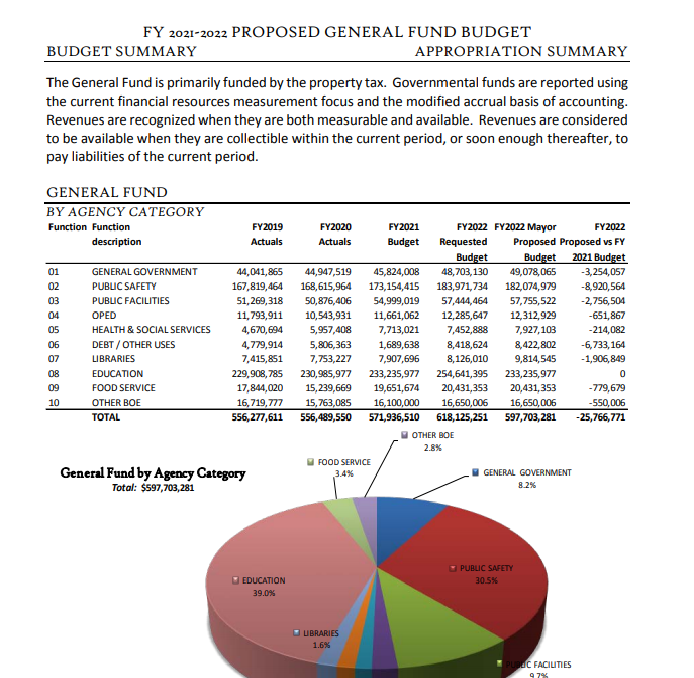