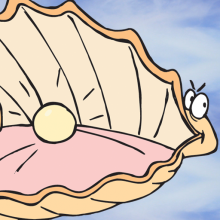 Welcome to Only In Bridgeport, the leading discussion source for how things work in Connecticut’s largest city from city hall to the neighborhoods, with a cast of thousands reading and voicing opinions. This is where decision makers, opinion leaders and the politically active go for insight and information they just can’t receive anywhere else complemented by witty and insightful postings by readers in the Bridgeport region and beyond.

Only In Bridgeport is not exclusively about the city. It’s also about the people and issues that impact our state’s largest city. Take a look under the hood. I look forward to hearing from you.

About Lennie Grimaldi
The phrase “Only In Bridgeport” has been connected to me for more than 30 years. Or should I say me connected to the phrase?

Reporting from the press box on the night of the
historic 2015 Bridgeport mayoral election. Photo/Susan Katz

My career in journalism dates back 40 years to when I was a teenager working for the Telegram (a predecessor paper of the Connecticut Post where I was exposed to all things Bridgeport–the strange, unique and unforgettable–as a general assignment and backup police and fire reporter.

The first of my six published books is named Only In Bridgeport, An Illustrated History of the Park City. The other books also include a piece of the city in some fashion such as Connecticut Characters–Personalities Spicing Up The Nutmeg State and Chased: Alone, Black and Undercover, the life of mob infiltrator Billy Chase. Articles I’ve authored about Bridgeport have appeared in The New York Times, Yankee Magazine and Connecticut Magazine.