Superior Court Judge Barry Stevens has set a hearing for Oct. 1, 2 p.m. regarding a lawsuit claiming absentee ballot irregularities from the September 10 Democratic primary. The complaint brought with the assistance of the community group Bridgeport Generation Now whose leadership supports State Senator Marilyn Moore seeks a new primary. Gemeen Davis, who has taken a leave of absence from Generation Now, serves as her campaign manager.

Several lawyers interviewed by OIB who discussed the complaint on background and are not involved in the case raised a number of questions about the lawsuit including:

The standing of the plaintiffs to bring the case.

Disenfranchisement of a majority of the electors.

Harm caused to other candidates on the ballot where absentee ballots are not in question.

No preponderance of evidence to question the 270-vote spread.

Candidates involved in the primary not parties to the case including Moore.

No evidence that the election outcome is in doubt.

Meanwhile defendants named in the lawsuit deny the allegations in the complaint, according to the Connecticut Post including Jorge Cruz and Rosemary Wong. The paper’s headline declared the lawsuit a long shot.

“I’m disappointed that Bridgeport Generation made these false allegations,” Cruz said Tuesday. “They’re vicious because their candidate lost an election. They’re supposed to be nonpartisan and yet they deviate from their position. They lost and they want to create a burden on the senior citizens. It’s unfortunate.”

The 23-page lawsuit also makes allegations against Rosemary Wong, a member of the Stratford Democratic Town Committee who occasionally helps out in Bridgeport. Wong said Tuesday that she handled about 40 absentee ballot applications.

… “I’m shocked to hear that,” Wong said Tuesday, stressing that she knows the right way to handle absentee ballots. State law allows political operatives to provide applications for voters, but they cannot be present when voters mark ballots, nor are they allowed to possess or handle completed ballots.

“They’re only given to people who are qualified: a physical disability or an illness,” she said. “I understand the proper way of doing an application. I’ve been doing applications for a long time.” Voters away on military service, or out of town the day of balloting, are also allowed to use absentee ballots. 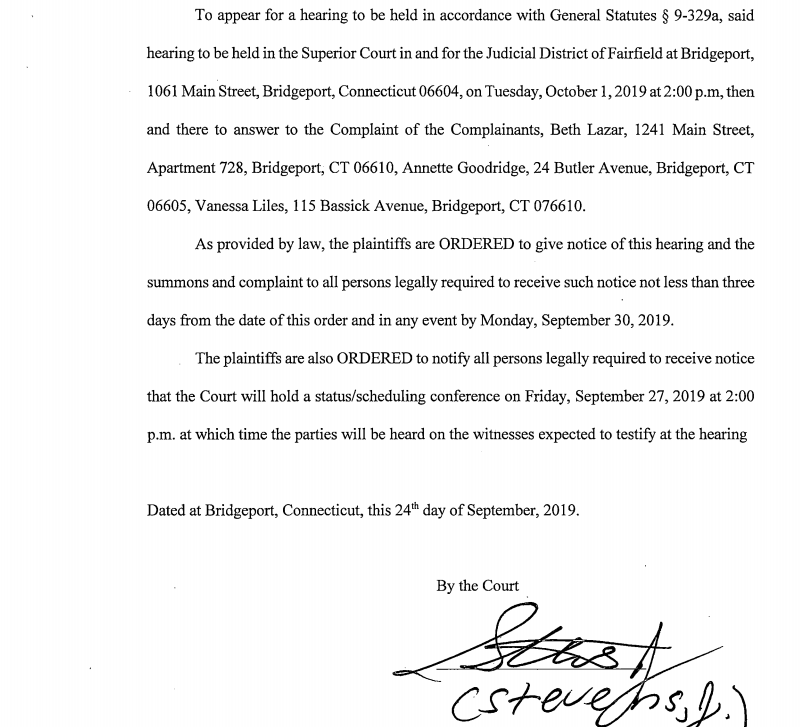