Bridgeport Generation Now was active in pulling together the pieces to the lawsuit.

Bridgeport Generation Now Votes and PT Partners released a joint statement following the filing of a lawsuit challenging Bridgeport’s Mayoral election. Details on the press conference presenting the lawsuit below.

Bridgeport has a long and well-documented history of election interference and fraud, with an alarming number of fines levied by the Secretary of State’s office. The fines, however, do not work. We see absentee ballot abuse and misuse in every single municipal election. It is a tactic used by our local Democratic Party to rig and steal elections.

On Monday, September 16, 2019, PT Partners and Bridgeport Generation Now Votes came together to review the election results from our September 10 Democratic primary election. In that vote, multiple Line A candidates lost at the polls but won through absentee ballot votes.

This raised some immediate questions to observers across the state.

Why did these two voting populations–voters at the polls versus voters using absentee ballots–behave so differently? What caused this disparity? For many people in Bridgeport, these results pointed to–yet again–abnormalities and irregularities surrounding the use of absentee ballots.

This is when Bridgeporters decided to take matters into our own hands.

Bridgeport Generation Now Votes and PT Partners organized a professional canvass for the purpose of speaking with voters who voted by, or engaged in, the absentee ballot process, according to the Town Clerk records. We created a protocol designed to reduce and eliminate bias, using established methodologies and research. We conducted highly structured interviews, using a script that pulled questions directly from the absentee ballot application and the state statutes. And we targeted the districts in Bridgeport–the 130th, 131st, 132nd, and 137th–where the Line A versus Line B absentee ballot disparities were the greatest.

Between Tuesday, September 17th and Sunday, September 22nd, our team of seven canvassers spoke with and interviewed over 50 absentee ballot voters. Of those 50+ voters, 27 gave us sworn statements, attesting to their personal experience with the process of voting by absentee ballot in Bridgeport. Our canvas uncovered patterns of behavior that show repeated violations of the laws regarding the absentee ballot process. These patterns cast serious doubts on the integrity of the 2019 Democratic primary election results. Some of the voters who we spoke with felt aggrieved by what they experienced, and by what we have witnessed, and are ready to take their grievances to court. 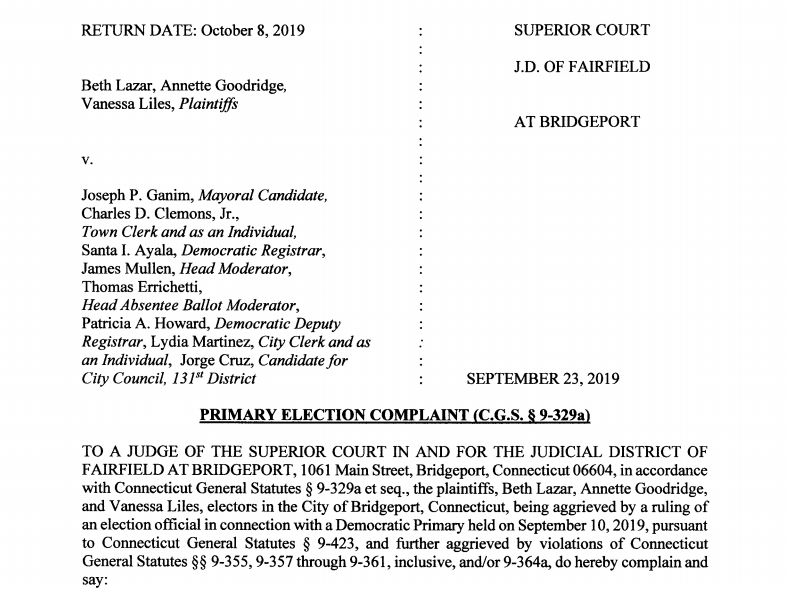 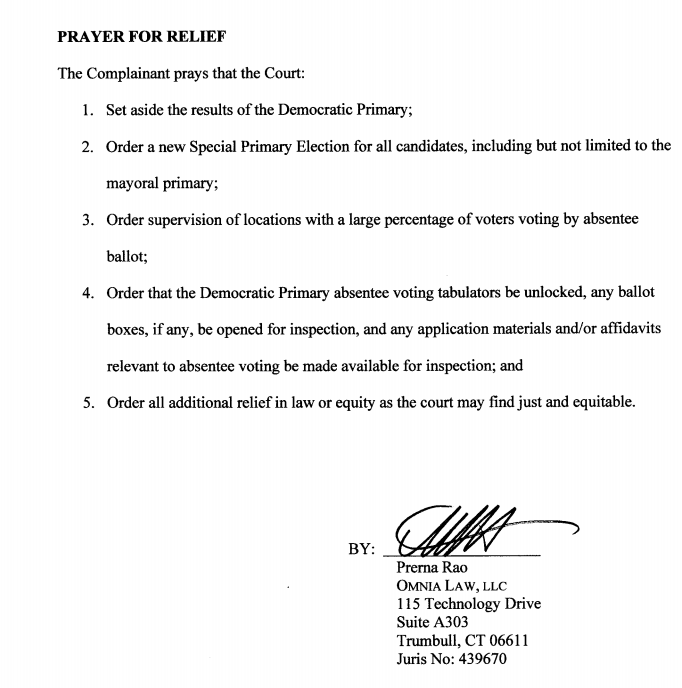