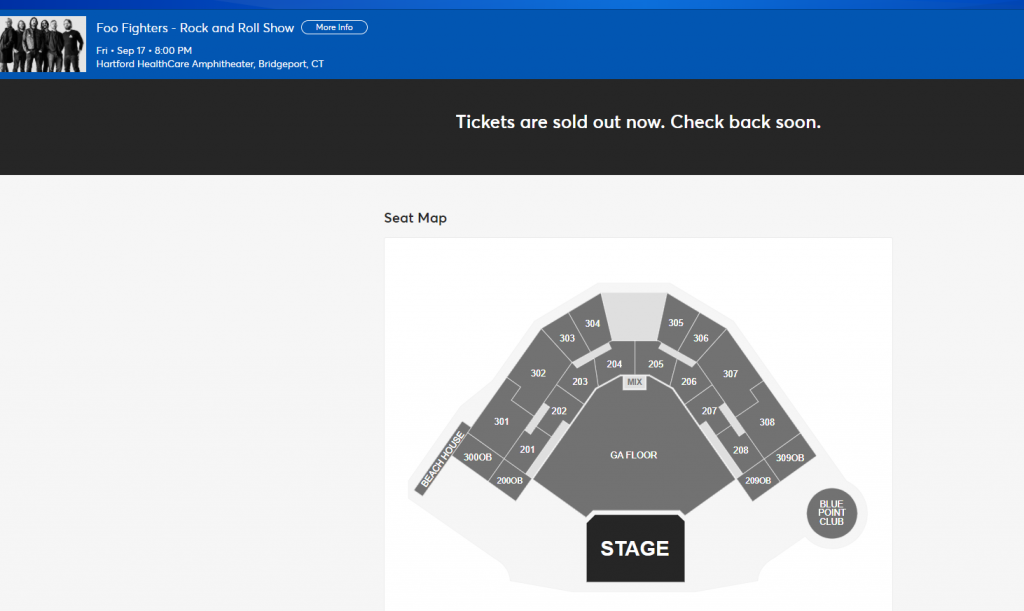 If you want to see the Foo Fighters September 17 at the Hartford Healthcare Amphitheater, you’ll need to dig into the premium resale ticket market. Tickets went on sale Friday morning at 10. By 11 the event sold out, according to Ticketmaster.

Know before you go …