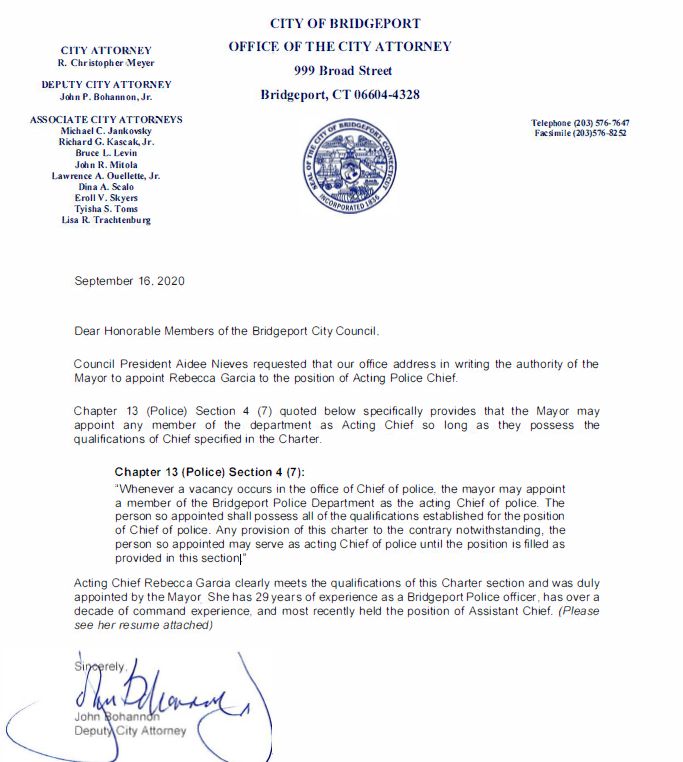 Statement from City Council President Aidee Nieves on the appointment of Rebeca Garcia as Acting Chief:

Having read the relevant sections of the City Charter and having consulted with the Office of the City Attorney, the Mayor’s authority to appoint Rebecca Garcia as Acting Chief is very clear. I look forward to working with her during the term of her appointment and I look forward to working closely with my Council colleagues and the Mayor on a fair, transparent process for hiring a permanent Police Chief. Furthermore, I strongly encourage the Acting Personnel Director and the members of the Civil Service Commission to begin preparations for a nationwide process to select a permanent Chief that incorporates public input and will give the public confidence in the final selection.