Last February the Planning and Zoning Commission amended regulations to liquor stores including reducing the distance of sales from within 1,500 feet to a 750-foot radius within houses of worship, schools, hospitals, and commercial day care centers.

An appeal was brought by a coalition of 12 competing liquor store owners in Bridgeport arguing the amendments violate the “uniformity” requirement in state statute. Judge Radcliffe, who as recently as August 2019, ruled against city zoners in an unrelated matter, sided for the defense, the Planning & Zoning Commission.

DeFilippo’s barrier to consumer sales has been playing out among zoning hearings, community meetings, lawsuits and court fights.

Forced to shut down his liquor store in 2016 because of the 1,500 foot rule, DeFilippo’s lawyer, land-use specialist Chuck Willinger, crafted a legal strategy to update zoning regulations.

After reviewing the court decision Willinger issued this written statement to OIB: “Bottom line is P&Z has great discretion & latitude in adopting its regulations. Reducing 1500 rule (which is archaic & more restrictive than most municipal regs) to 750 ft is reasonable & in my opinion still too restrictive. Why should liquor stores have such anti-competitive protections?”

Willinger had argued previously on behalf of his client, “For a young businessman who opened a business that did not harm anyone to go through the cost and delays he has incurred on this issue is an outrage.”

DeFilippo also faced pushback from community interests opposed to Democratic Town Chair Mario Testa who had come under fire in 2017 for absentee-ballot irregularities that led to two court-ordered primary do-overs for City Council. DeFilippo, a bartender at one of Testa’s restaurants, ultimately won election to the City Council.

DeFilippo received an unexpected ally in his liquor store fight when his primary opponent Ann Pappas Phillips, a member of the zoning commission, announced public support for the new liquor store rules. Although she did not attend the ultimate meetings that amended the regulations, she declared, “You have to separate the personal animosity from what is best for the city. The state has allowed 57 liquor licenses (in Bridgeport). It (the revised liquor rules) sends a message the city is open to new, small retail businesses.”

Pappas Phillips, an attorney, passed away in October 2019.

In February 2019, City zoners raised DeFilippo’s spirits when they halved the distance between liquor stores and schools, daycare facilities, hospitals and churches to 750 feet. An appeal was heard by Judge Radcliffe who largely dismissed the plaintiffs’ arguments.

DeFilippo’s store reopening is not yet a lock. He still requires certificate of location and state liquor commission approval. Plus, Judge Radcliffe’s decision could be appealed. 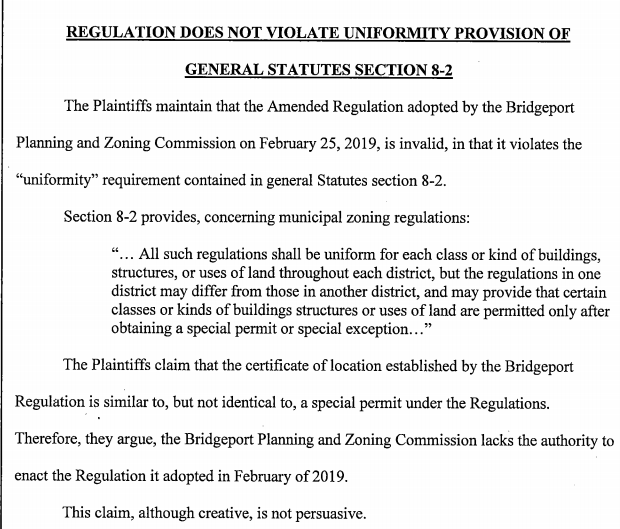 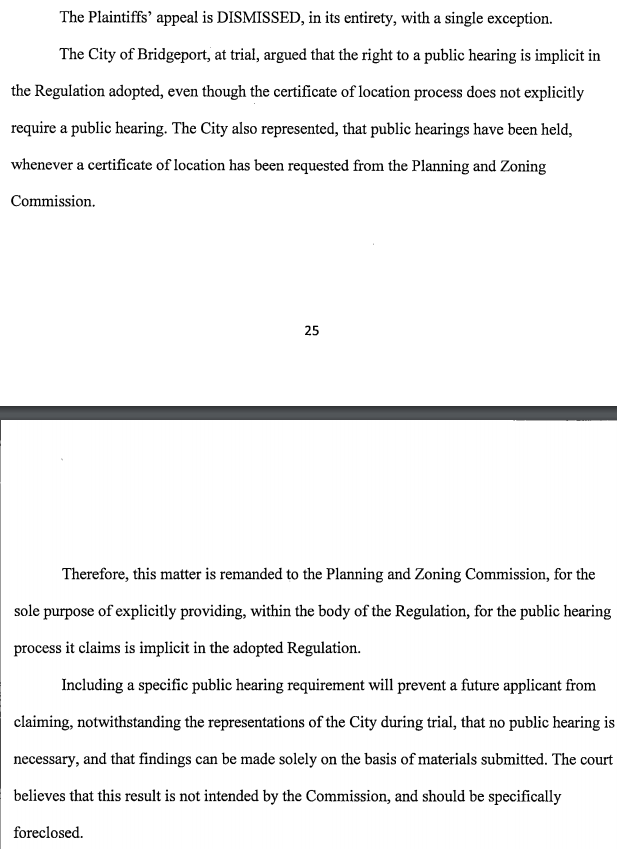