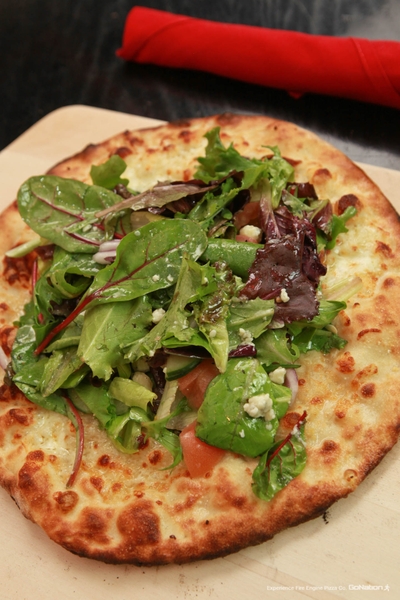 >After a fire destroyed his original pizza restaurant, Marty McCarthy bought a fire engine and converted it to a pizza truck, and following its success, brought that theme to his new place on Fairfield Avenue in the Black Rock section of Bridgeport. Firefighting paraphernalia hangs on the walls, there’s an inviting brick-faced rectangular bar–with an excellent selection of seasonal drafts and craft brews–but ultimately it’s the delicious specialty pizzas with bubbly crusts from McCarthy’s brick oven that draws the crowd, gems like the Fruitti Di Mare (laden with clams, lobster and shrimp), the Buffalo Chicken and the Loaded Mashed Potato (with garlic mashed potato, scallions, bacon, caramelized onion and cheddar).