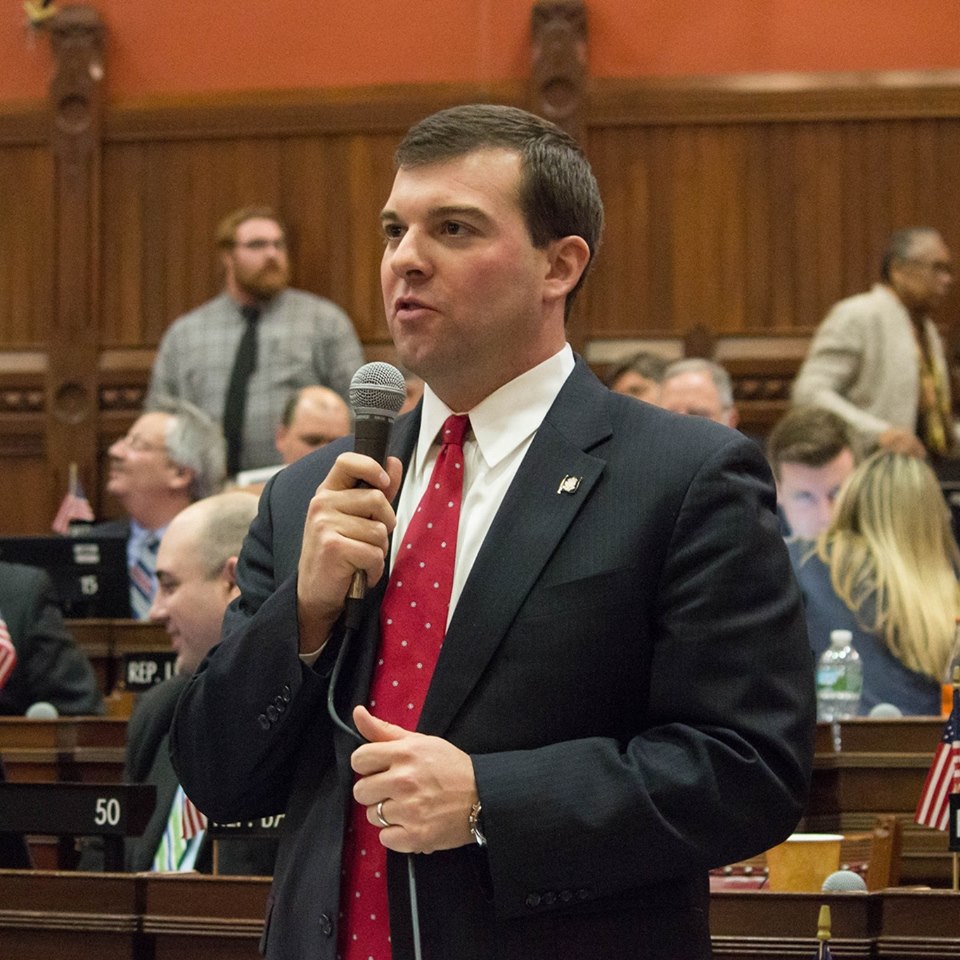 Wanna pass a law or change a law in Connecticut? Make friends with the respective legislative chairs of the influential Judiciary Committee. State Rep. Steve Stafstrom, an attorney with the Bridgeport-based law firm Pullman & Comley, has been appointed House chair of the committee.

The General Assembly convenes next week. Stafstrom represents Connecticut’s 129th District that includes Black Rock, West Side and portions of the West End and North End. From Stafstrom’s Facebook page.

Truly honored to be selected to serve as Connecticut House Democrats Chair of the Judiciary Committee. Thank you to Speaker Joe Aresimowicz & Majority Leader Matt Ritter for their confidence, to Attorney General-elect William Tong for his mentorship and to my constituents for their amazing support. I look forward to all that we can accomplish in 2019, including increasing access to justice, continuing to reform our criminal justice system, strengthening our gun laws, standing up for our most vulnerable and making our courts more user and business friendly.

By way of background, the Judiciary Committee has broad cognizance on all matters relating to courts, judicial procedures, criminal law, probate courts, probation, parole, wills, estates, adoption, divorce, bankruptcy, escheat, law libraries, deeds, mortgages, conveyancing, preservation of land records and other public documents, the law of business organizations, uniform laws, validations, authorizations to sue and to appeal, claims against the state, all judicial nominations, all nominations of workers’ compensation commissioners, all nominations of members of the Board of Pardons and Paroles and all matters relating to the Judicial Department, the Department of Correction and the Commission on Human Rights and Opportunities; all bills carrying civil penalties which exceed the sum of, or which may exceed in the aggregate, five thousand dollars; and all bills carrying criminal penalties, other than infractions, favorably reported by any other committee shall be referred to said committee, provided the committee’s consideration shall be limited to the criminal penalties established in such bills and shall not extend to their substantive provisions or purpose.

Lets get to work!

“I am honored to represent hard-working families this legislative session as Chair of the Banking Committee that oversees many important issue areas affecting people in Bridgeport and the state,” said Santiago. “I would like to thank Speaker Aresimowicz for having the confidence to place me in a leadership position and I look forward to a productive session ahead.”

Santiago represents the 130th District covering the South End, Downtown and portions of the East Side and West End. 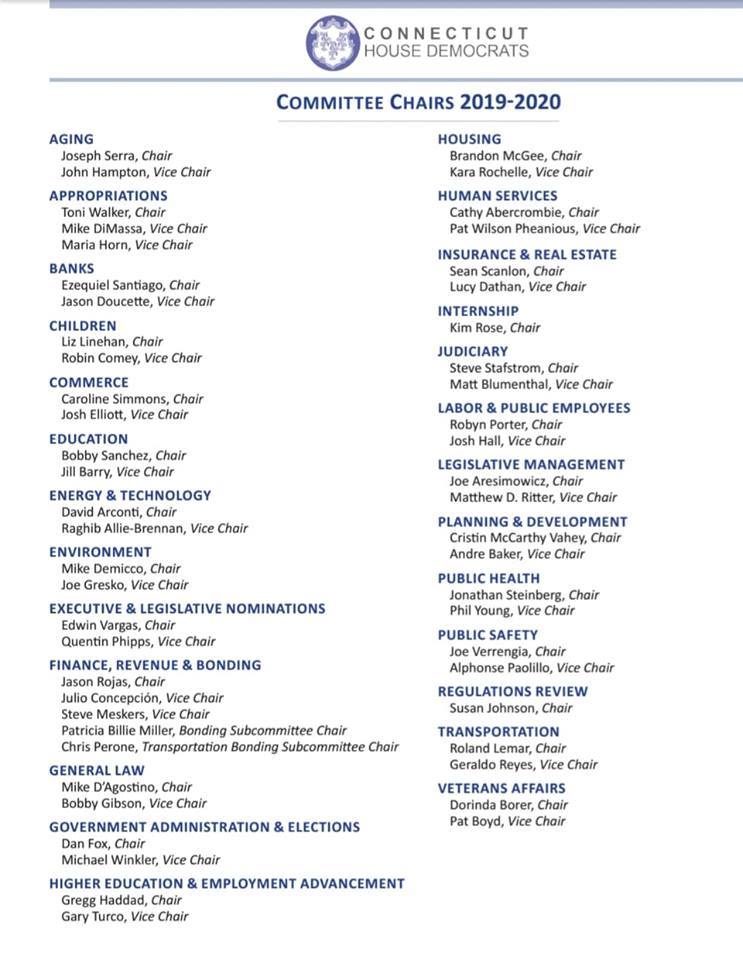