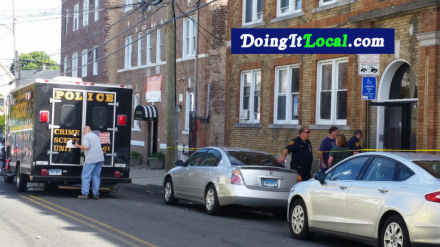 Police are investigating a shooting-related homicide that took place Sunday morning in the North End, according to public safety spokesman Kevin Coughlin.

At 8:20 a.m., firefighters and medical personnel responded to a call about a party found unresponsive near the corner of Charles Street and Main Street. They found a black male, Duhaney Watson, dead from a gunshot wound, according to Coughlin. Police officers and detectives were dispatched to the location and secured the crime scene.

Detectives are actively investigating, and anyone with information regarding this incident should contact the Bridgeport Police Department at (203) 581-5201.