City inspectors from zoning and fire marshal’s office found multiple violations at the industrial-zoned 155 Davenport Street that Board of Education member Chris Taylor claimed was his residence while mountain ranges of court and state filing documents shows his bonafide residence as Bronson Road in Fairfield.

Following an OIB Freedom of Information request the city provided the inspection reports as well as email correspondence between Taylor and city inspectors.

Based on the findings and documented evidence of Taylor’s Fairfield residency he’s in violation of both state law and the Bridgeport City Charter that requires elected officials to reside in the municipality/district they represent. School board member Maria Pereira initiated complaints against Taylor including one lodged with the State Elections Enforcement Commission. Taylor has also voted multiple times in Bridgeport while he was a resident of Fairfield. 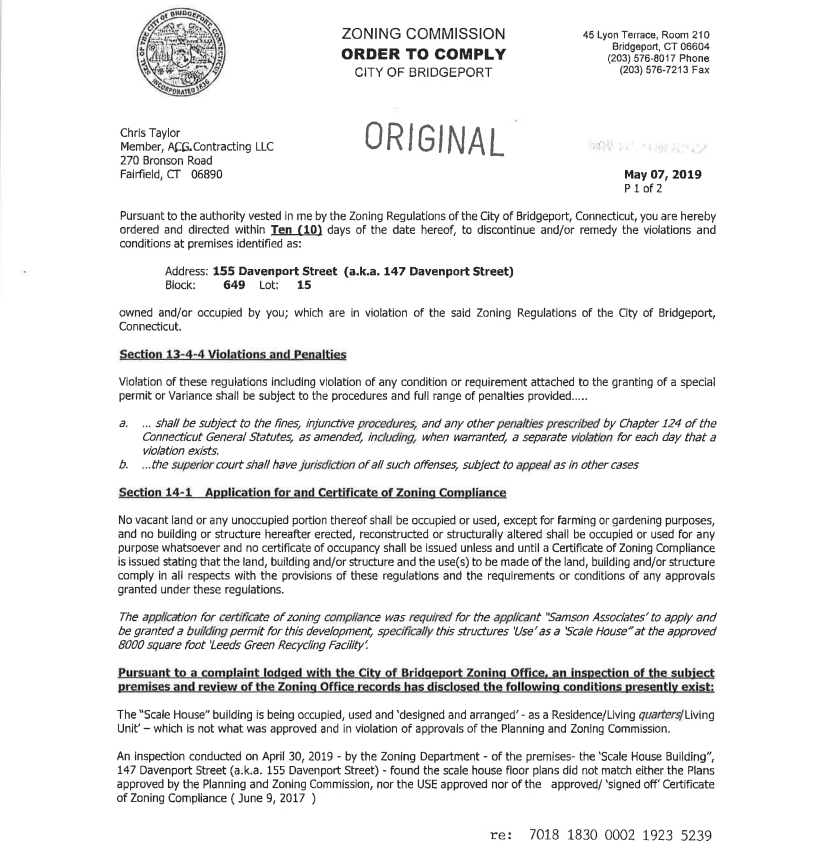 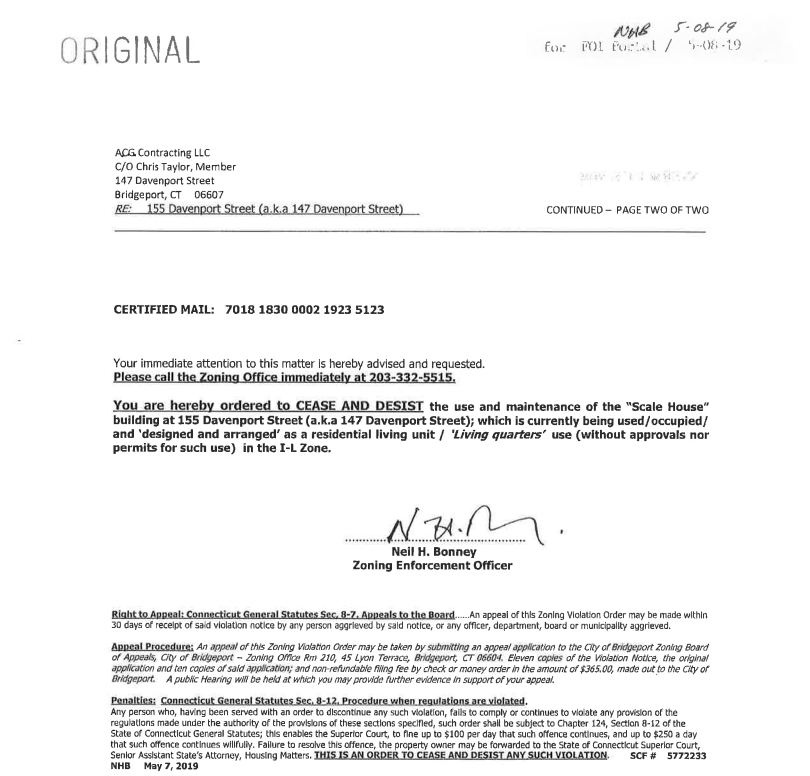 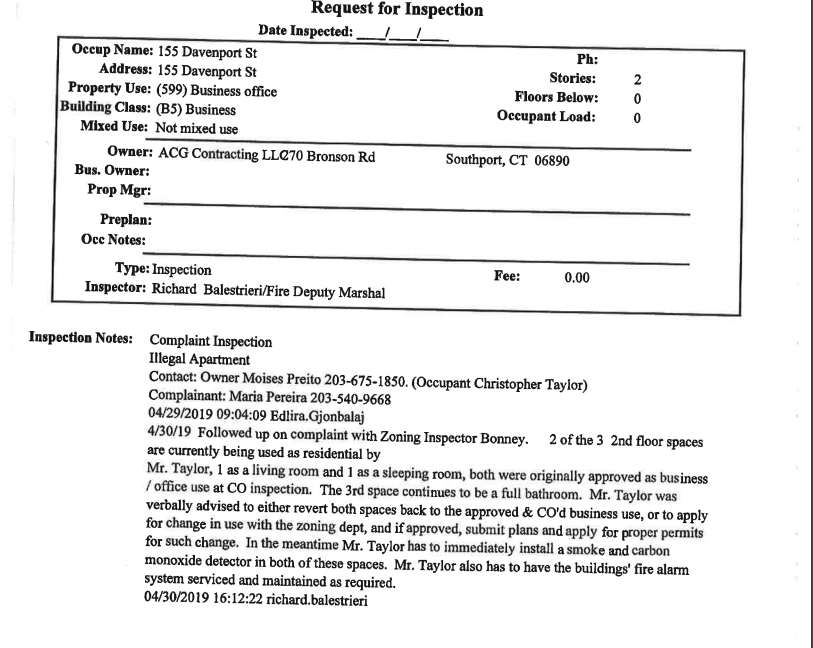 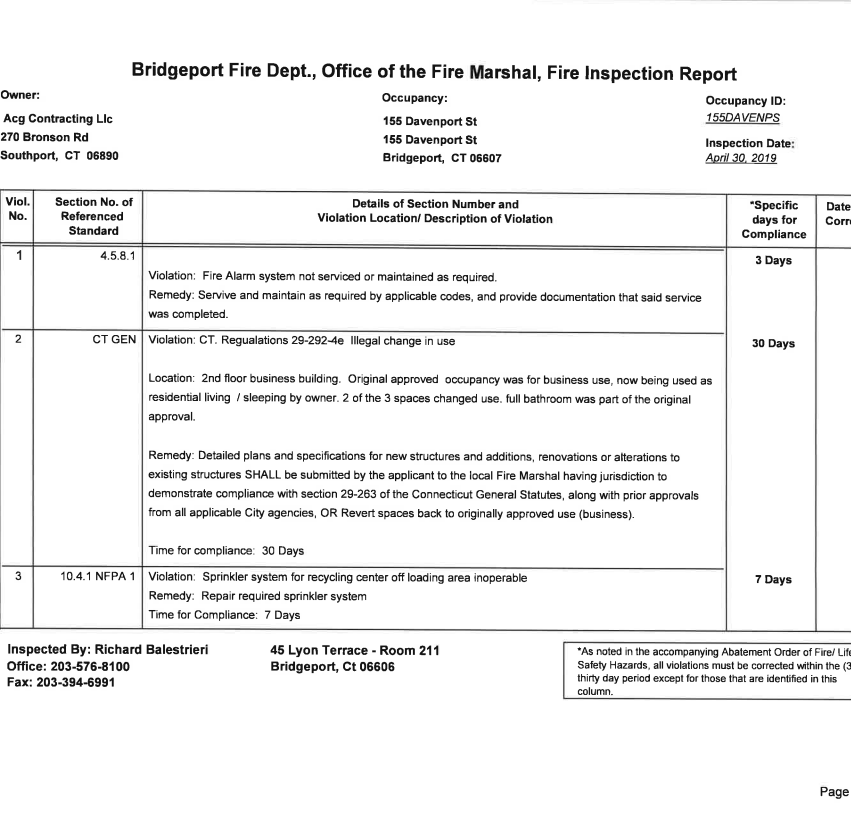