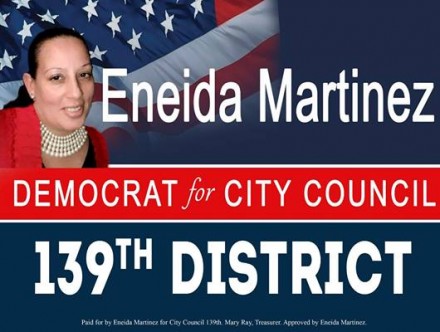 Assuming she’s reelected to another two-year term in November, East End City Councilor Eneida Martinez says she’ll seek the presidency of the legislative body, replacing Tom McCarthy who has served in that capacity for 10 years. McCarthy did not seek reelection to the council.

“A lot has not been provided to the council and the rights and power of the council was not being pushed to be used by the council president,” she texted in a statement to OIB. “We need a president to stand firm and follow the (city) charter accordingly.”

In addition to succeeding the mayor when a vacancy occurs before expiration of the term, here’s what the City Charter explains about the council president:

(c) Whenever a vacancy occurs in the office of mayor, other than during the final year of such mayor’s term of office, the city council shall cause a special election for the office of mayor to be held not less than 120 nor more than 150 days from the date that such vacancy occurs. The person elected mayor at such special election shall take office on the 7th calendar day following his/her election and shall serve the unexpired portion of the term vacated. In the event the vacancy occurs during the final year of the mayor’s term, the president of the city council shall become mayor and serve for the unexpired portion of the term vacated.

Martinez is likely to have company in the positioning of council president, depending how recounts for City Council shake out and the results of the general election.