Police Captain Rebeca Garcia’s letter of appointment to assistant chief, the second-highest rank in the department, will be referred to the Contracts Committee at Monday night’s City Council meeting that will take place immediately after inaugural ceremonies for municipal offices.

According to the letter of appointment to be signed by both Police Chief AJ Perez and Mayor Joe Ganim, Garcia’s promotion will become effective upon full council authorization which is anticipated December 16.

Police chief and assistant chief are the only ranks not affiliated with a collective bargaining union. Her starting pay, according to the letter, will be $142,425.

Ganim and Perez announced Garcia’s appointment on November 25. The position has been vacant since January 2016 when James Nardozzi was removed in a department shakeup after Ganim’s return to the mayoralty. Nardozzi sued. The city and Nardozzi have come to terms on a settlement that requires City Council approval.

See letter of appointment below: 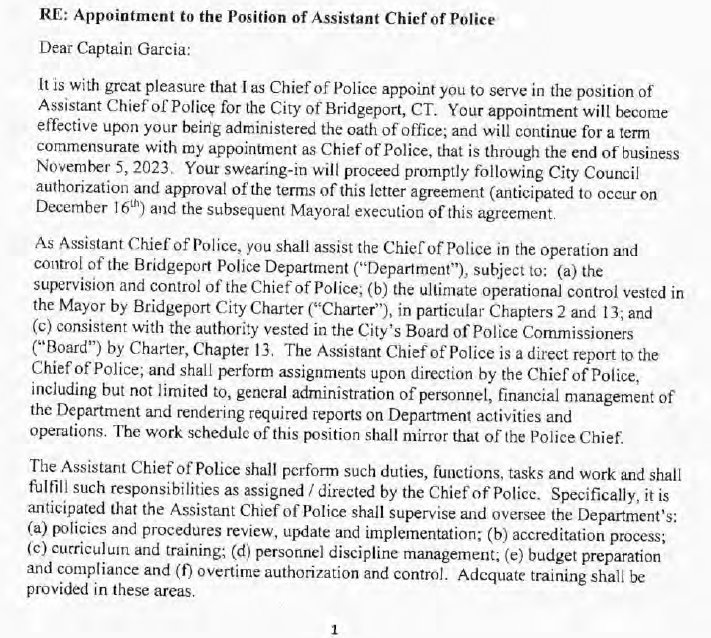 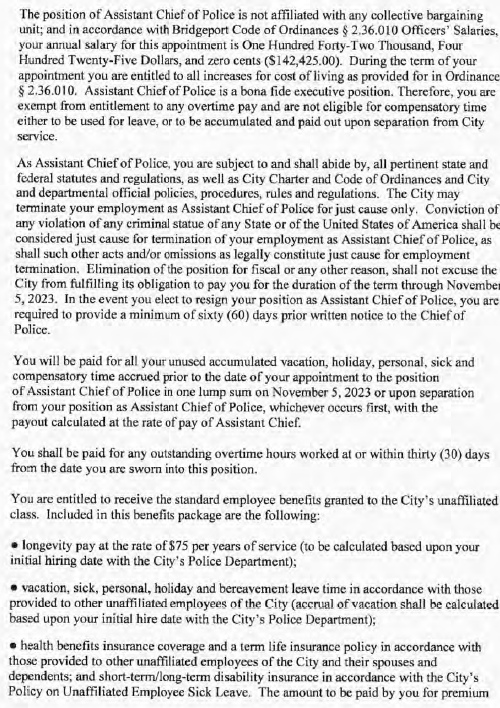 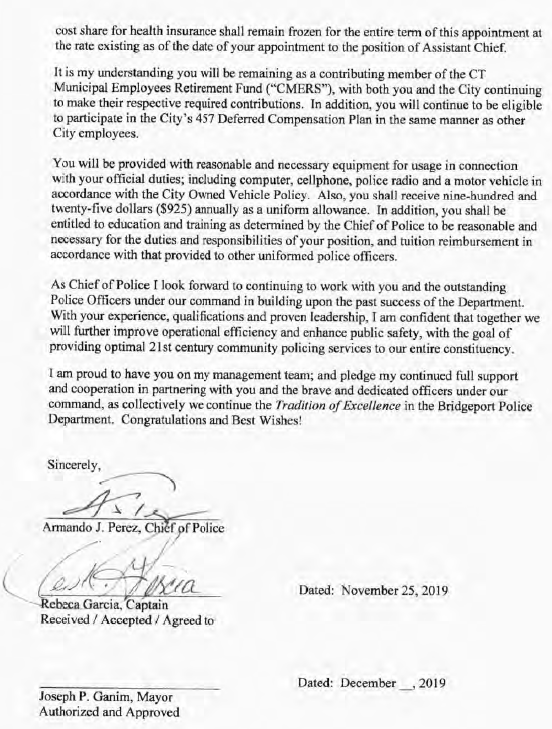