Lamont is receiving pushback from Eastern Connecticut state legislators loyal to the operator of Foxwoods while Sportech is threatening legal action under the equal protection clause if the deal is implemented.

State Senator Dennis Bradley, in a letter to Lamont, has joined the chorus of his Eastern Connecticut legislative peers. 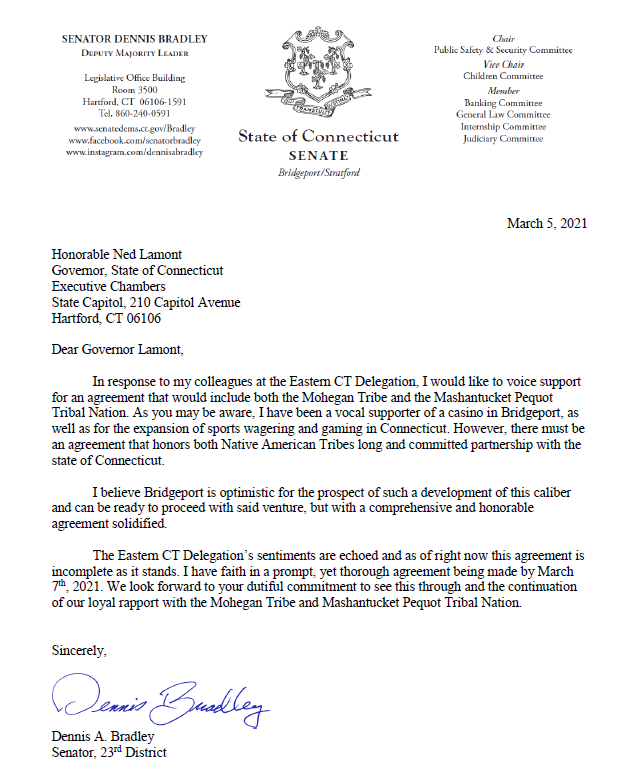