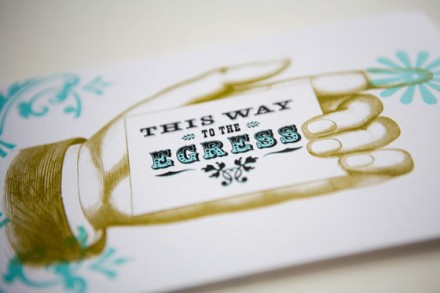 As the Barnum Festival reaches its apex this weekend, city policy wonk Jeff Kohut admonishes government development policy as a lot of razzle-dazzle. Mr. Barnum, for one, kept museum patrons moving along with his signage declaration “This way to the egress.” What they interpreted as a curious exhibit was nothing more than a fancy word for exit. Kohut writes, “Until Bridgeport secures high-employment, high-capital-value development, in the context of a long-term vision and companion plan for long-term prosperity, all that can be said for our future is “this way to the Egress.”

As a life-long Bridgeporter, when I ponder the news of Bridgeport municipal issues–especially issues concerning economic development–I find my mind automatically going to a cynical place.

The current, development-related issues involving the downtown parking meters and the Barnumesque announcement of the resurrection of the downtown Majestic and Poli Theaters are together (along with the continuing Steal Point development saga, et al.) driving my mind deep into that cynical place.

In the former case, the parking meters are both a symptom and metaphor for the lack of any real, coherent vision and well-researched/well-considered, coherent planning for downtown and citywide development. Bridgeport “development” is really a politically based, propaganda-sustained artifice, describable as a free-floating, opportunism-based non-plan. A development non-plan executed by a city government that functions on “autopilot” and pretty much keeps Bridgeport in “natural evolution” mode, where any proposed project that can present a pretense for the granting of long-term tax abatements per purchase of tax-lien/city-owned property (deferred payment, of course) is given promotion and wings by City Hall and added to a development accomplishment list that is largely just a fictional abstraction that would be describable as a “wish list” were it born of actual, active “wishing.”

Truly, there is no city government-conceived, comprehensive, coherent vision or purposeful plan directing development downtown or anywhere else in the City of Bridgeport. City development and advancement is largely on paper and consists mostly of unlikely projects on “flippable” property held by “owners” in receipt of city-owned property sold for promissory notes on tax liens that go unpaid even after the property is flipped, and flipped again. The original and subsequent owners of the old Hi-Ho Mall property (now HCC) and the Remington (“train station”/workforce housing) property (well-known “flippers”) made fortunes off of the city in this manner.

There is no city interest-based rhyme or reason for recent and proposed Bridgeport economic development. A lot of development proposals, and a few actual, functional (albeit, largely dysfunctional) entities constitute the economic development that is hyped in Bridgeport but that represents only present and future tax liability with only the most meager representation of local employment opportunities. The projects recently completed, under construction, or proposed, make no sense at all for a compact city with most of the population below or near the poverty line. And, beyond their individual, stand-alone worthlessness, they are collectively worthless and without synergies of any sort (e.g., we have Bass Pro/Steal Point–tax abated, low employment value, and actually diverting potential downtown visitors away from that area; the costly, long-term taxpayer liability, low employment-value Ball Park/baseball team and Webster Arena).

We can honestly say that indeed, there has been no $positive$ economic development in concrete or abstract form in Bridgeport for the past 50 years.

Essentially all of Bridgeport’s development for the past three decades to the present (and even for the foreseeable-future) is describable as tax-abated/tax liability and “jobless.” The current Steal Point proposals, the downtown enterprises (with only a couple of notable exceptions), and the newly proposed (fanciful/”flippable”) theater restoration proposal are economically inappropriate and unsustainable in the current and future Bridgeport, especially given the declining fortunes of the state and the political emphasis on Stamford- and Hartford-area development. Without a huge infusion of Bridgeport-based, living-wage jobs employing Bridgeport residents, there is no chance that any of the extant or proposed upscale entertainment and retail venues will be describable in the long- or short-term using the terms “successful” or “sustainable.”

Truly, using recent Bridgeport history as an indicator, any development that actually occurs in the cases of recent and proposed Bridgeport development, will, once the sequence of multiple “flippings” has run its course for each involved property, wind up being used as work-force housing (“transit-oriented development”) to accommodate the “regional,” Gold Coast-serving plan for Bridgeport as the “housing hub,” beggar city of Fairfield County. This will almost undoubtedly be the fate of the train station, Steal Point, and the Majestic/Poli Theater properties.

Thus, no thought was given to the parking meter project beyond its use as a way to provide some pocket change for the city in lieu of real, tax-base/job-creating development for which there is no plan by Bridgeport government and only an “anti-plan” for Bridgeport development per the state/regional and federal planning/economic development agencies (which Bridgeport city government has embraced, de facto, in contradiction to stated intentions to grow Bridgeport jobs and tax base).

So, any discussion of the future of Bridgeport is moot until a real vision and plan for a prosperous Bridgeport emerges from City Hall. Currently there is only perseveration with a plan-less, tax-less, job-less course of development established in the politically toothless Bridgeport of the past 50 years (actually, it is perseveration with the state/regional “anti plan” for Bridgeport). The Barnumesque hype of the theater restoration shouldn’t be allowed to divert the attention of Bridgeporters away from our actual economic distress. (The media/City Hall hype and concept drawings of this new, grandiose proposal will fit well with the exhibits of the newly restored Barnum Museum–along with the Mermaid, et al..)

Until Bridgeport secures high-employment, high-capital-value development, in the context of a long-term vision and companion plan for long-term prosperity, all that can be said for our future is “this way to the Egress.”