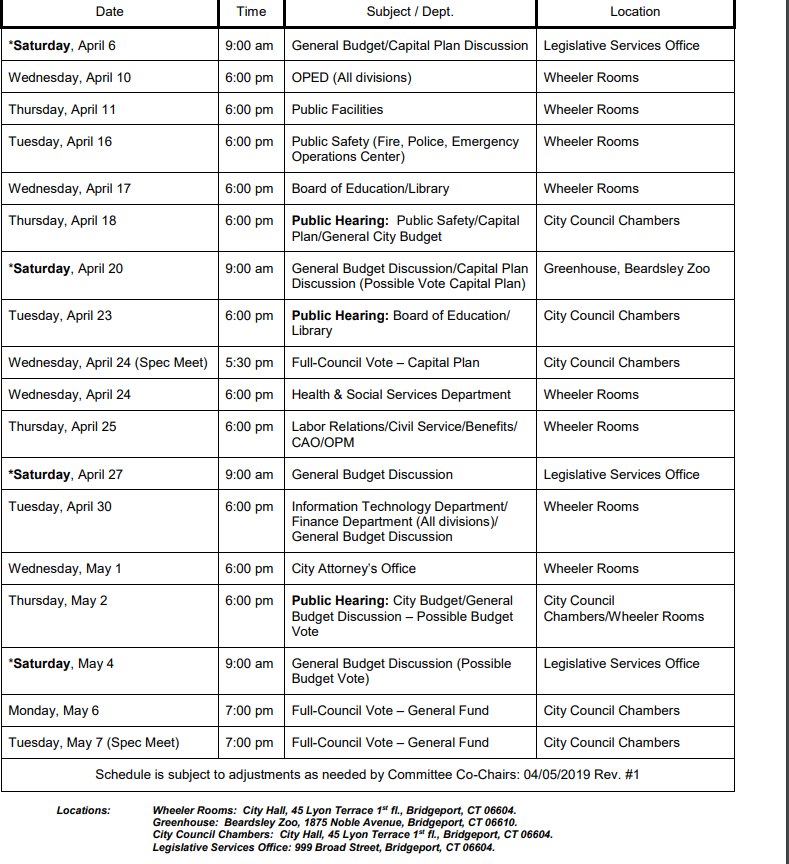 A public hearing on the Board of Education/Library will take place April 23. The proposed budget calls for essentially the same education spending as this current year which could produce a crowd of school advocates urging additional resources to avoid cuts and school closures.

The council must submit its budget alterations to the mayor no later than May 7. The mayor will then have a two-week veto window before the budget returns to the council for final adoption, followed by setting of the mil rate in early June for the budget year starting July 1.