East End City Councilman Ernie Newton, an advocate for the second-chance community, has authored a resolution calling for suspension of incarceration for technical violations, release of elderly and “vulnerable people” onto supervision, suspending probation office visits and payment of fines, as well as free medical visits and treatment, hand sanitizers, soap and protective gear.

The resolution proposes creation of a Safer Supervision Committee to urge Governor Ned Lamont to advance the requests via an executive order as part of an COVID-19 response initiative.

Newton wants the resolution brought up for immediate action at the next virtual council meeting May 18.

The resolution has no force other than what it can do to influence gubernatorial action.

“A lot of people are dying in prison who are on short terms,” says Newton. “Let them go to a halfway house or let them go home. Even though they’re paying for mistakes, they should be treated like a human being. We’re not talking about people with life sentences. They’re people ready to come home who’ve served most of their time.” 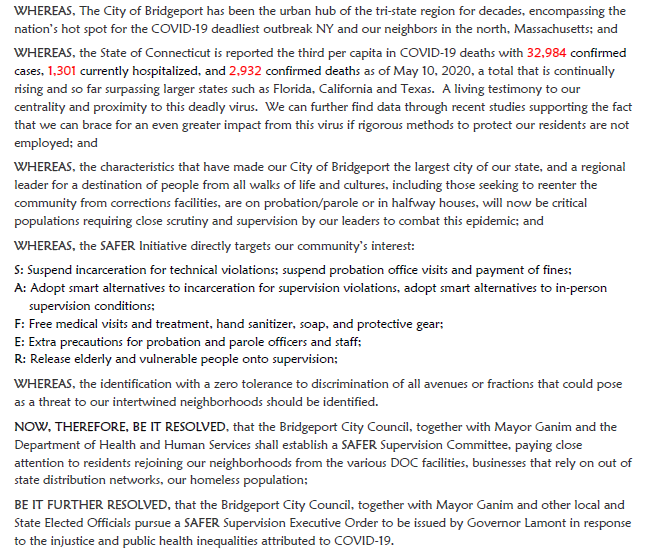