Testimony in the Brown-Hennessy Democratic primary outcome is scheduled to start Friday morning, but not without legal machinations before Superior Court Judge Barry Stevens.

Meanwhile, the attorney for City Councilman Marcus Brown wants the Connecticut Supreme Court to first hear an appeal of Stevens’ rejection of a motion to dismiss the case on the grounds the court has no jurisdiction to hear the matter.

A status conference is scheduled for Thursday afternoon prior to the anticipated testimony Friday morning.

Brown holds a two-vote lead over Hennessy following a court-ordered hand count of all primary ballots in Connecticut’s 127th State Assembly District. Hennessy is contesting the outcome citing, in part, irregularities in the processing of absentee ballot applications. 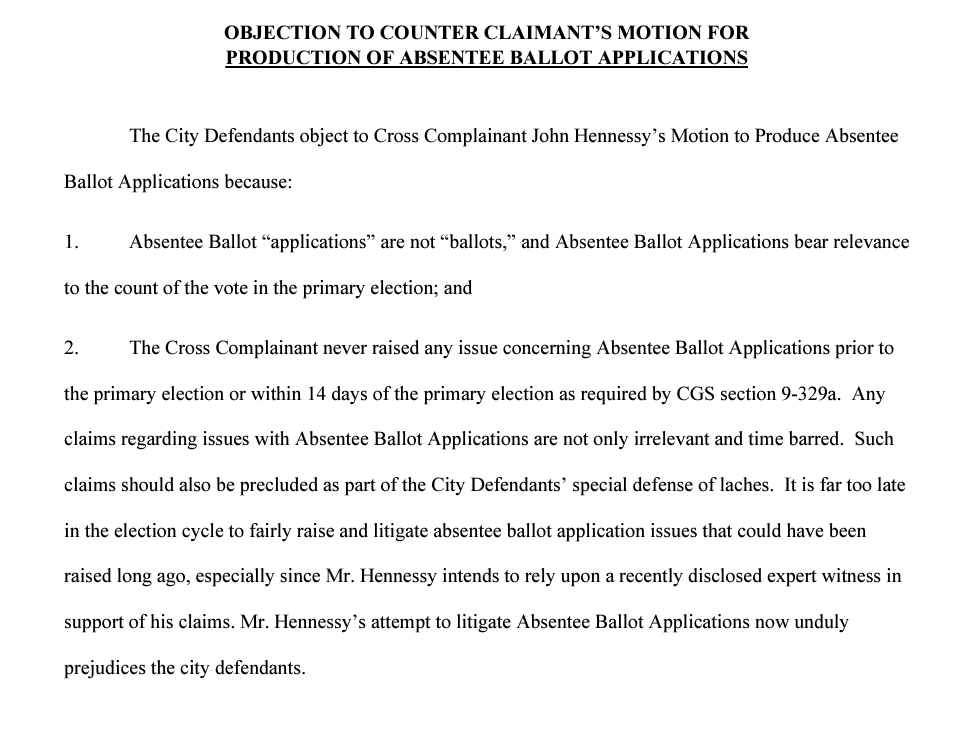 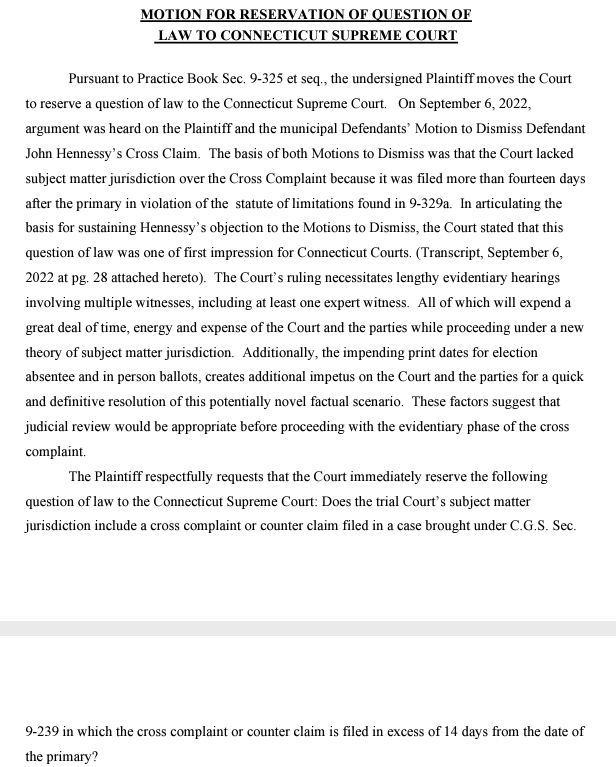 Excerpt from Hennessy motion in opposition 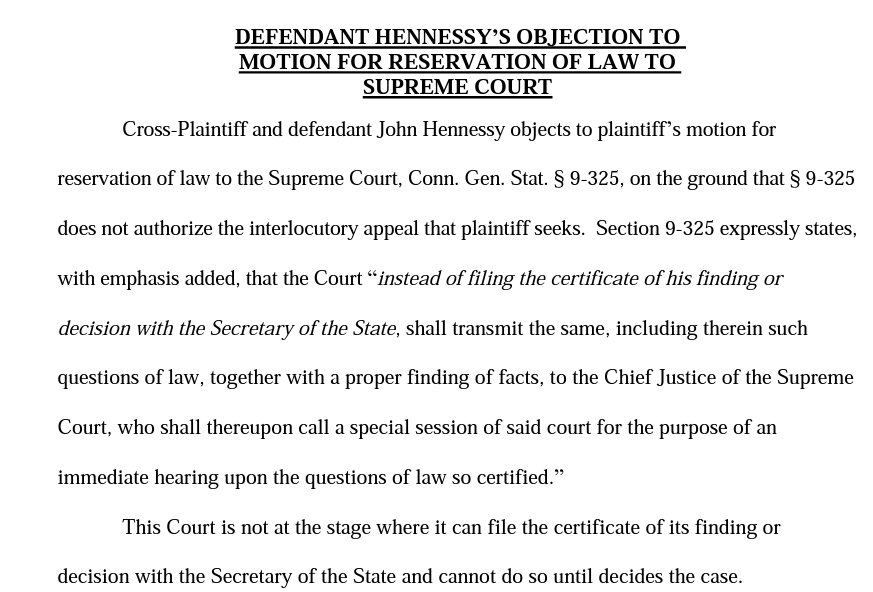