The Dem party endorsement for Connecticut’s 127 State House District will take place May 17 at Testo’s Restaurant. The territory covers the North End and a piece of the West Side. 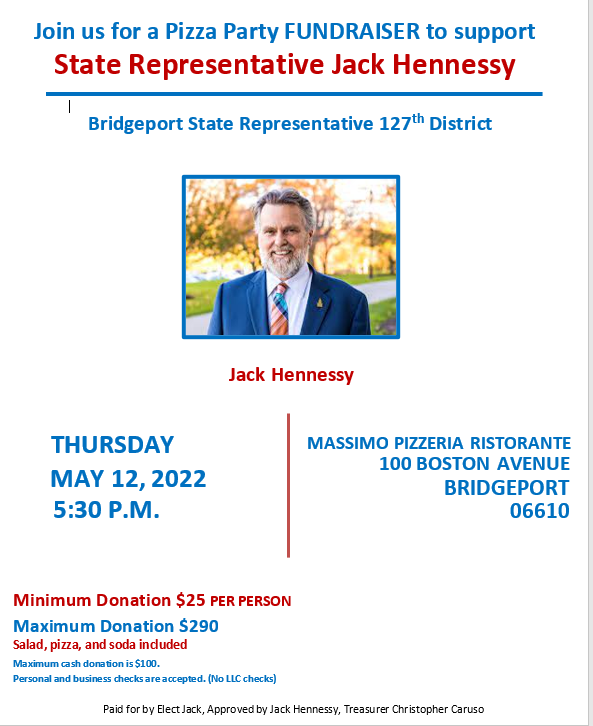