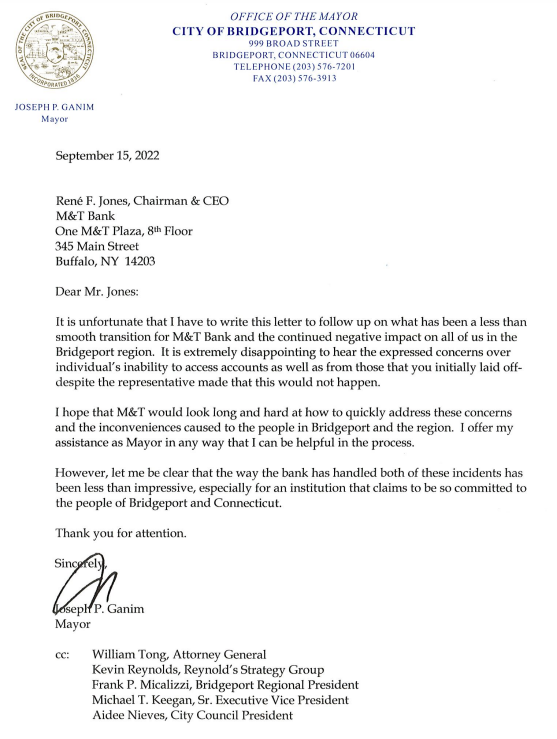 Long lines, long phone waits, some short tempers have erupted over the information migration from People’s United Bank to M&T.

Attorney General William Tong weighed in, now Mayor Joe Ganim, not that there’s much they can do as the bank tries to work out the information kinks that prevented some customers from accessing their online accounts and the inability to pay bills on time.

See letter above from Ganim to bank CEO Rene Jones.