Here’s your chance to become Personnel Director of Connecticut’s largest city. The deadline to apply is Wednesday, according to the job posting on the city’s website.

The person who ends up with the job will be tasked with conducting a national search for a permanent police chief. Rebeca Garcia has the role in an acting capacity.

Eric Amado, who has a dual role as director of Labor Relations, is acting personnel director. He replaced David Dunn who also had the position in an acting role for more than a decade until his resignation about a year ago following his federal arrest for scheming with former Chief AJ Perez to rig the top cop test.

The personnel director position had been sacrosanct from its birth, created under the mayoralty of Socialist Jasper McLevy, 1933-57, who instituted the Civil Service testing system as a firewall against political intrusion. In 2009 then Mayor Bill Finch took a fire hose to its institutionalism lining up the Civil Service Commission votes to can Ralph Jacobs with whom he had a scratchy relationship.

It came with a price tag for taxpayers.

A mayor with an accommodating personnel director is like harnessing a de facto patronage department shoehorning political supporters into positions. Personnel directors who play by the book are loyal to the testing rules and regulations set forth in the City Charter.

In the old days voters would come after pols with hatchets if they messed with the system. In 2015 Finch lost the mayoralty to Ganim who kept Dunn, a loyal political soldier, in place. When the 2018 police chief test blew up publicly last year Dunn was done and Perez was also charged forcing his resignation.

The Civil Service Commission, whose members are selected by the mayor except for one chosen by city employees, is the appointing authority. 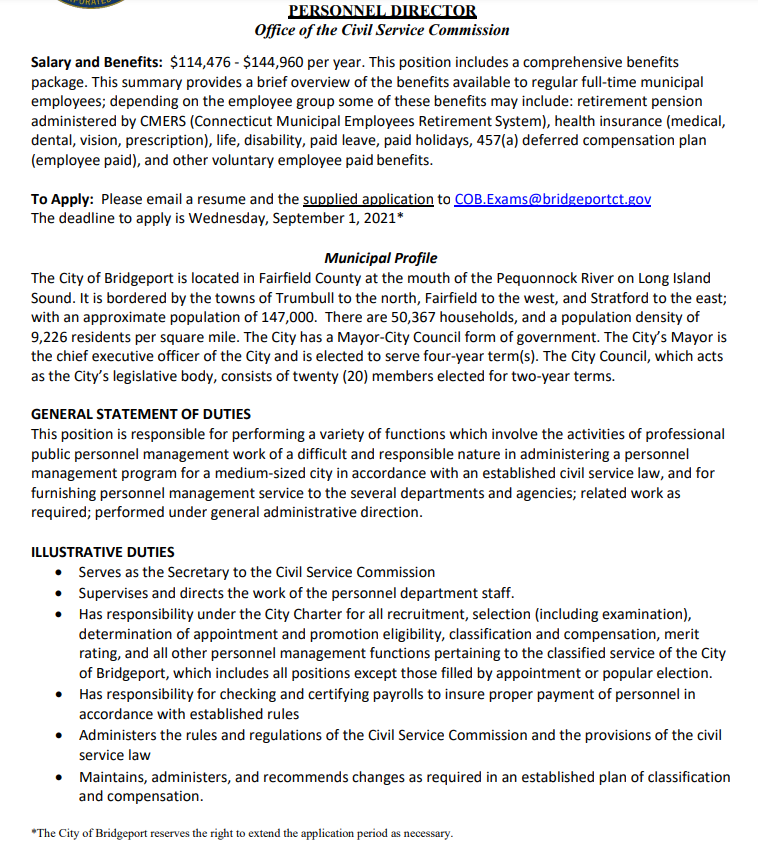 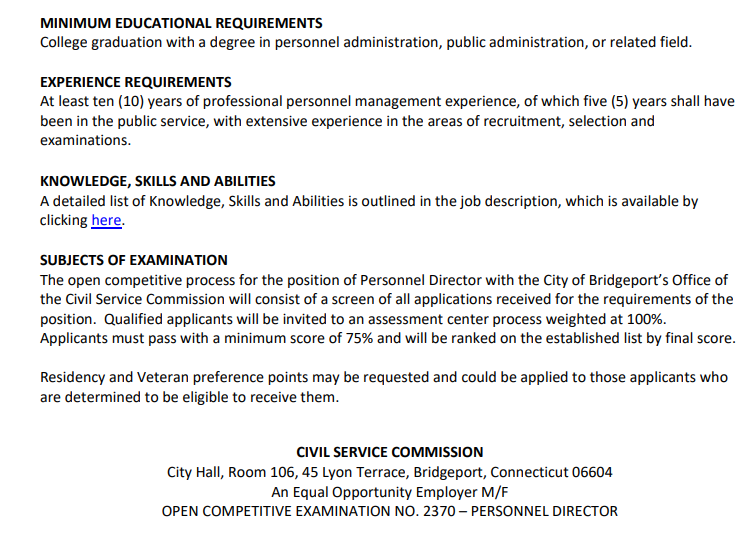