November 22nd marks the 50th anniversary of the assassination of John Kennedy. JFK’s campaign stop in Bridgeport on November 6, 1960 jammed downtown with supporters. He spoke first at the municipal airport in Stratford, traveled by motorcade to other Connecticut cities before his campaign stop at the city train station.

Frank Gerratana, who served as chief photographer for the Herald, a popular city newspaper in its time that ceased publication in 1974, was front and center for many presidential and high-profile political visits. His son Frank has graciously shared many images snapped by his dad through the decades including some gems that never made it into print. 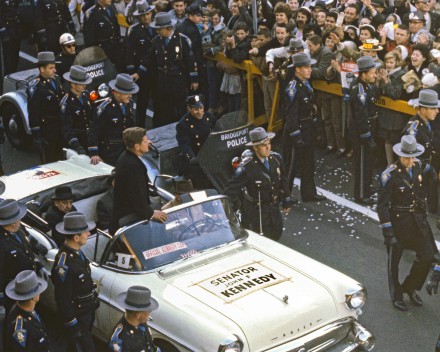 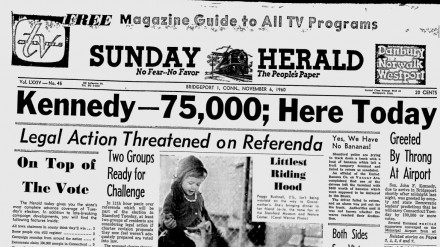