In a letter addressed “To whom it may concern” at the State Department of Education, State Senator Dennis Bradley demands the agency increase funding to the Bridgeport school district as it prepares to reopen during the Covid era. 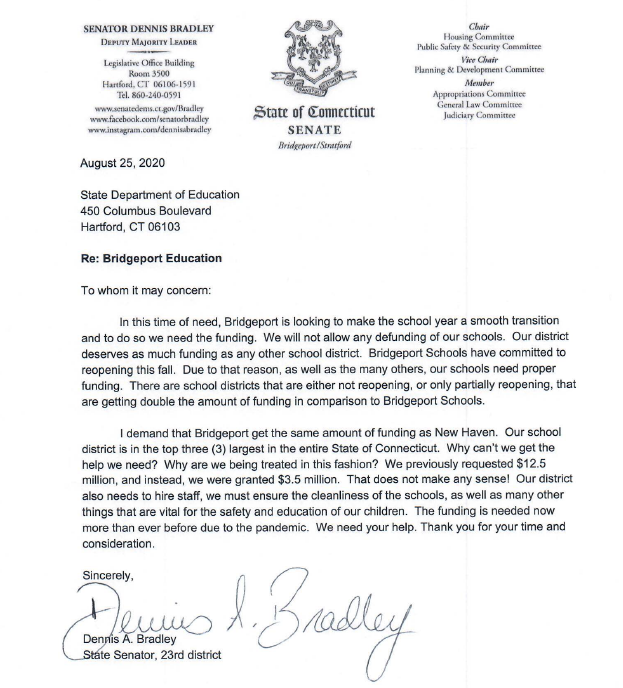