A high-profile restaurant owner, an alleged sexual assault of a 16-year-old by employees inside the restaurant and a cover-up within the ranks of the police department that embroils former Chief AJ Perez, awaiting federal sentencing for rigging the police chief test, is playing out publicly following the arrest of John Vazzano.

Vazzano, owner of several restaurants in the Bridgeport area, was charged by the state with multiple counts including bribery of a witness. 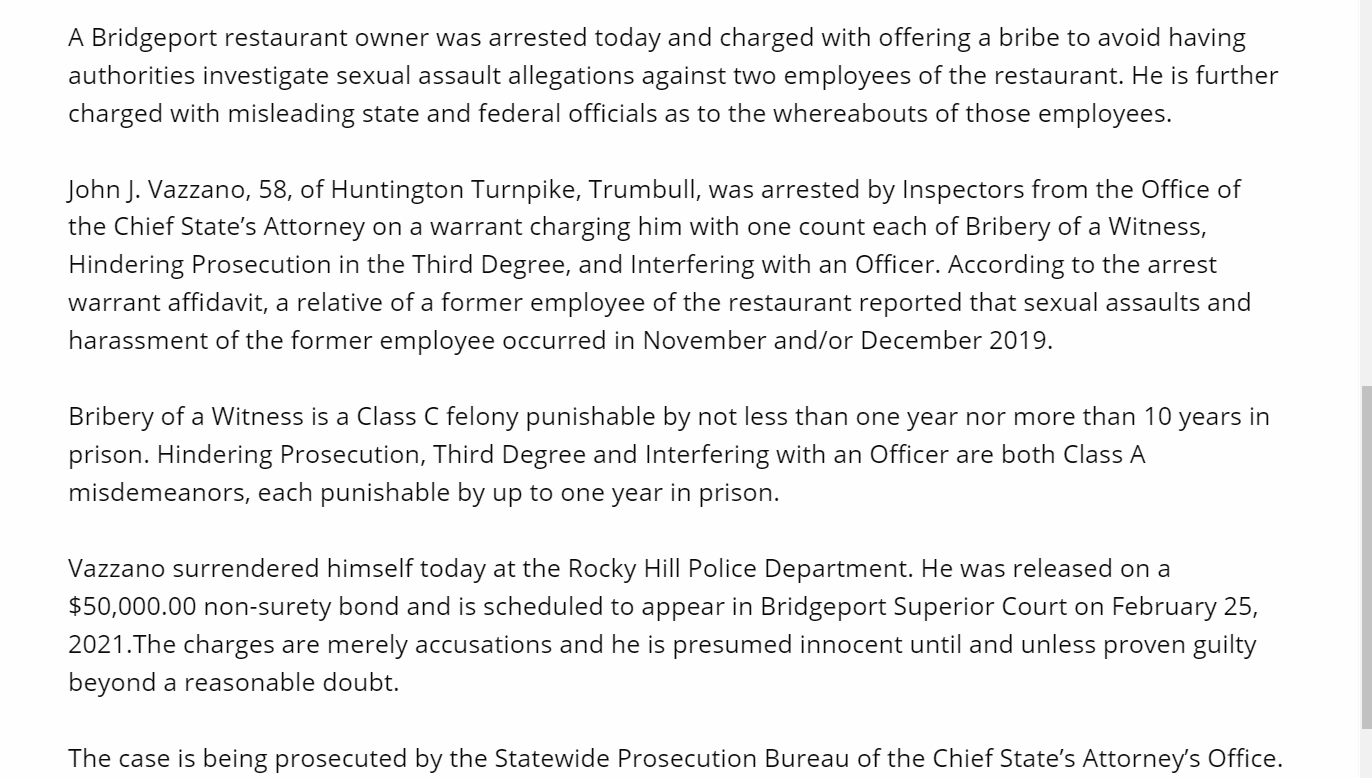