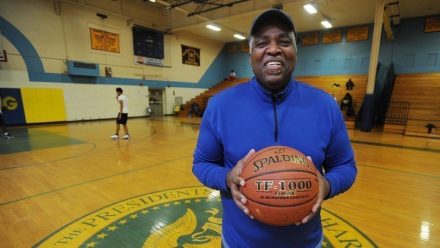 Outgoing Board of Education member Maria Pereira, soon to join the City Council, has launched an online petition on behalf of John Bagley who has been removed as Harding High School basketball coach. See petition here.

John Bagley is an iconic Warren Harding High School alum who went onto play for both the Celtics & Cavaliers in the NBA. In addition, he is a son of Bridgeport who is beloved in our community. John Bagley is incredibly humble, well respected and known for his volunteerism in our community, especially as it relates to giving back to our youth. He is beloved by many.

John Bagley would have gladly submitted his required certificates to the CT State Department of Education had H.R. asked him to do so. Without John Bagley’s knowledge the coaching position was posted as a vacancy, interviews were conducted, and he was replaced without even being aware of it until it was announced on Twitter.

This is hypocrisy at the highest level!

John Bagley has made it clear he has no interest in returning to his coaching position due to the incredible lack of respect he has been shown, however he would like a public apology from Acting Superintendent Mike Testani for the false narrative and disparaging remarks that he chose to make to the press.

Your signature means that you, too are calling on Acting Superintendent Mike Testani to issue a public apology to John Bagley for the false narrative he has perpetuated about John Bagley in the media.