Local developer Anthony Stewart, a product of the East End, says the project is slated for completion this fall. 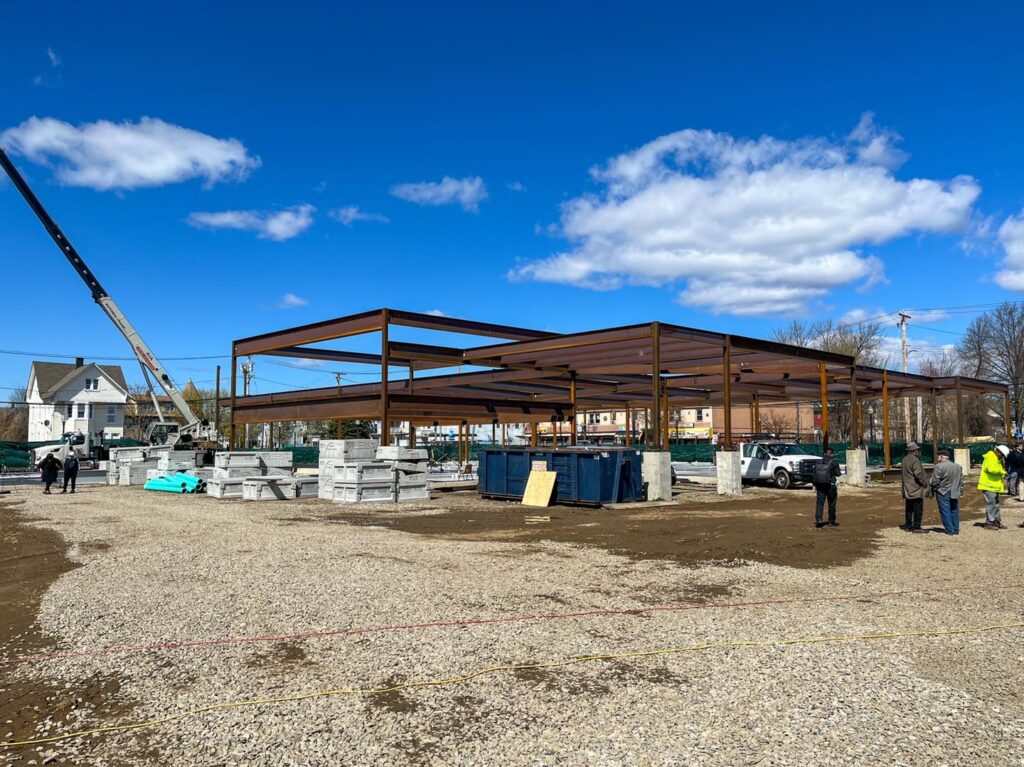 The East End neighborhood had been suffering from decades of infrastructure and commercial decline and is considered a food desert.

Little did he know when he lived on Davenport Street on the Bridgeport’s East End and went to McKinley School that one day he would come back to the neighborhood as a successful developer to build a 10.4-million-dollar commercial project.

The community needed a library, a grocery store and storefronts for retailers. Fortunately, for Anthony and the community, an opportunity existed on what was called the civic block, a full city block located in the heart of the East End on Stratford Avenue, a major artery. Stewart’s company initially won the bid to build the library and was then selected to develop the rest of the block. After months of working with members of the Neighborhood Revitalization Zone (NRZ) Committee and the City of Bridgeport who paid to remediate the property, Stewart first built the East End Library.

The retail project would need to be funded from a combination of conventional banking sources as well as private funders, including Bridgeport Landing Development (BLD), which was busy just to the west of the civic block creating Steelpointe Harbor, the city’s lynchpin development project on the East Side waterfront of Bridgeport Harbor.

“It was important for Bridgeport Landing Development to be involved because they’re my neighbors up the street and I’d like to try to tie all of our work together. We’ve committed $1.4 million to go directly into the cost of construction.” BLD President of Operations, Bob Christoph Jr. said, “We couldn’t be prouder of our partnership with Mr. Stewart, a developer who we know is committed to getting it right in his old neighborhood.”