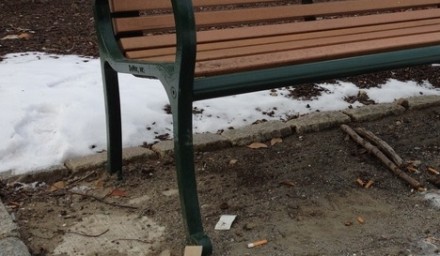 Anna Price, a public-health professor at Sacred Heart University, and students are leading the charge to ban smoking in city parks. The City Council is expected to refer the matter that has the support of the Parks Board to the Ordinance Committee during Monday night’s meeting. City Council agenda here.

Price says a body of evidence shows “children and adolescents are the demographic group most often observed using Bridgeport parks. By banning smoking in Bridgeport Parks we might contribute to reductions in smoking initiation among Bridgeport youth.” She adds that smoking in parks contributes to the social norm smoking is acceptable, discarded cigarette butts pose a significant environmental hazard to wildlife, marine life, and water systems, as well as the health impact of secondhand smoke.

Price shares more on this subject in a statement to OIB:

This project originated from a health advocacy lecture in the public health course I teach for exercise science students at Sacred Heart University. Rather than just memorizing facts about the health advocacy process, we decided to apply what we were learning to help our community.

According to data collected by the Bridgeport Health Department, smoking rates jump significantly during adolescence. In Bridgeport, less than 5% of sixth graders smoke, whereas 23% of 11th graders smoke. We know from previous studies that youth are more likely to start smoking when they see others around them smoking. We also know (from a SHU exercise student Honors capstone project) that children and adolescents are the demographic group most often observed using Bridgeport parks. By banning smoking in Bridgeport Parks we might contribute to reductions in smoking initiation among Bridgeport youth.

Based on in-person and on-line petitions, we think most Bridgeport residents agree with the smoking ban. We are hoping the City Council will support the ban in their upcoming meetings.