UPDATE: City Councilman Michael DeFilippo contacted OIB with this statement: “I’m not on the board of directors of bpt labs. I have a notary stamped letter stepping down early last month after I started to feel uneasy about the true motives of this thing.”

Original story: City Council President Aidee Nieves has asked the City Attorney’s Office to issue an opinion on a resolution authored by councilors Jorge Cruz and Alfredo Castillo “to create a task force to review and recommend specific strategies to acquire the charter and assets of the University of Bridgeport, referred to Education and Social Services.”

Problem with this resolution, the organization that would benefit is Bridgeport Labs whose board of director includes council members Cruz, Castillo and Michael DeFilippo who was on but has resigned. In addition City Clerk Lydia Martinez is secretary. Conflict? Ya think?

Ramya Subramanian is president of Bridgeport Labs. She’s a former actress who owned a short-lived restaurant in Stamford.

One of the purposes of Bridgeport Labs is, through its board membership and community support, seeks to acquire a private educational charter for conversion as a public university certified to be certified as a US DOI Minority Service Institution (MSI) thus joining the MSI ranks of prestigious minority universities.

Goodwin University is one of two higher-ed institutions poised to assume the assets of UB, a key economic driver for the South End connected to Seaside Park.

In addition State Senator Dennis Bradley has been maneuvering preemptively to support his political pals, writing letters to the Department of Justice and New England Commission of Higher Education questioning the veracity of Goodwin’s takeover which is supported by Governor Ned Lamont and Mayor Joe Ganim.

But what of Bradley, council members et al. conflicts?

What would get the immediate attention of federal investigators? Council members sticking their noses into private education to wire a deal in which the organization they represent benefits. On top of that, Bridgeport’s City Clerk is the organization’s recording secretary.

Fire up the grand jury.

Some of the same players were involved in trying to locate a cricket field in Seaside Park. It was rejected by the Parks Board.

The resolution is scheduled to be referred to committee Monday night. See agenda here.

Cruz, in a text message, says there’s no conflict:

Remember, that it was Goodwin, University of Bridgeport and the mayor who did all of the deals secretly. As co-chair of the Education and Social services committee I had all of them including Sacred heart attend our public meetings and yet they wouldn’t answer any questions because according to them they had signed a Non Disclosure agreement. The Mayor is guilty of the secret. Our efforts are not secret one bit, it was reported by the CTpost a while ago. Aidee Nieves was part of our team at the beginning and she knows she’s full of it. There’s no damn conflicts here. LOL WEEPA WEEPA 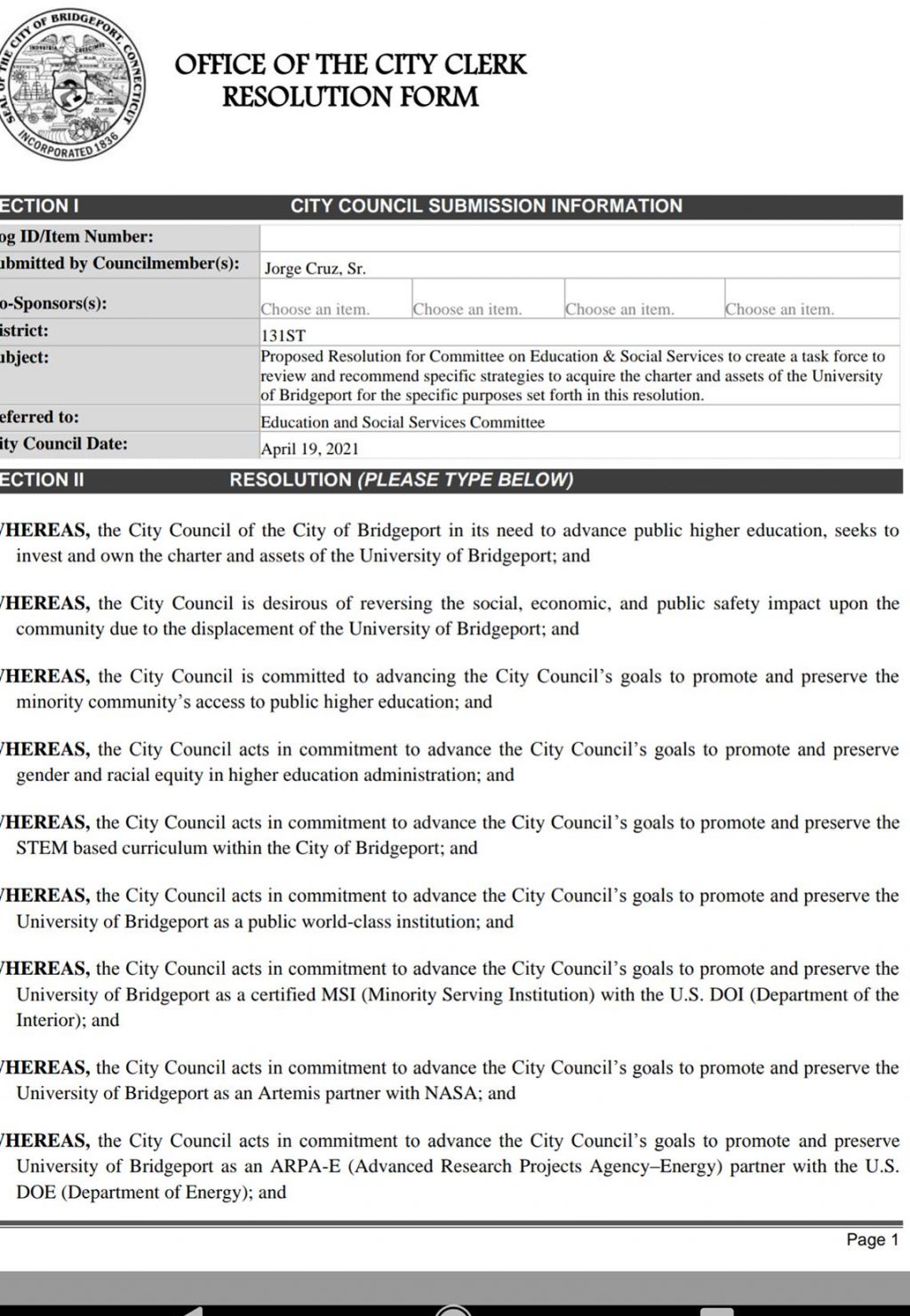