State Senator Marilyn Moore, fighting the top-line Joe Biden wave, has held off a primary charge by City Councilman Marcus Brown in the city-suburban 22nd District, according to unofficial returns.

Leading by a small margin, Moore’s campaign camp did not learn the absentee ballot count in Bridgeport until after 3 a.m. Wednesday.

Moore, according to the unofficial count posted by elections officials, leads Brown including the absentee ballot vote in Bridgeport 2566 to 2204. This gives her a comfortable cushion of more than 500 votes, combined with machine and suburban absentee totals, as more ballots are counted the next two days, an extension granted as a result of last week’s storm that delayed mail carriers.

The absentee ballot trend, however, will likely stay the same for remaining votes counted.

Political operatives in the city had expected Brown to carry the absentee ballot count given the political establishment’s experience working those electors, but Democratic voters showed they can be choosy on Moore’s behalf, filling in Biden’s oval and then dropping down to support Moore on line B for state senate.

The Bridgeport part of the 22nd district where Moore performed well in last year’s mayoral primary includes Black Rock, the West Side and North End.

The machine tabulation is close with Moore carrying the city by a small margin and Brown running about even with her in the suburbs, a product of the weight carried by Biden’s presence at the top of the line.

This type of race is a significant outlier. The presidential primary was delayed from April to August 11 due to the health pandemic. In a normal primary cycle, given Moore’s standing in the district and built-in incumbency advantages, she’d have a significant edge against an unknown challenger. Biden’s appearance changed the equation for Brown who appeared on the top line as the party-endorsed candidate.

The final results will not be known for a few days.

Suburban precinct results, does not include absentee ballots: 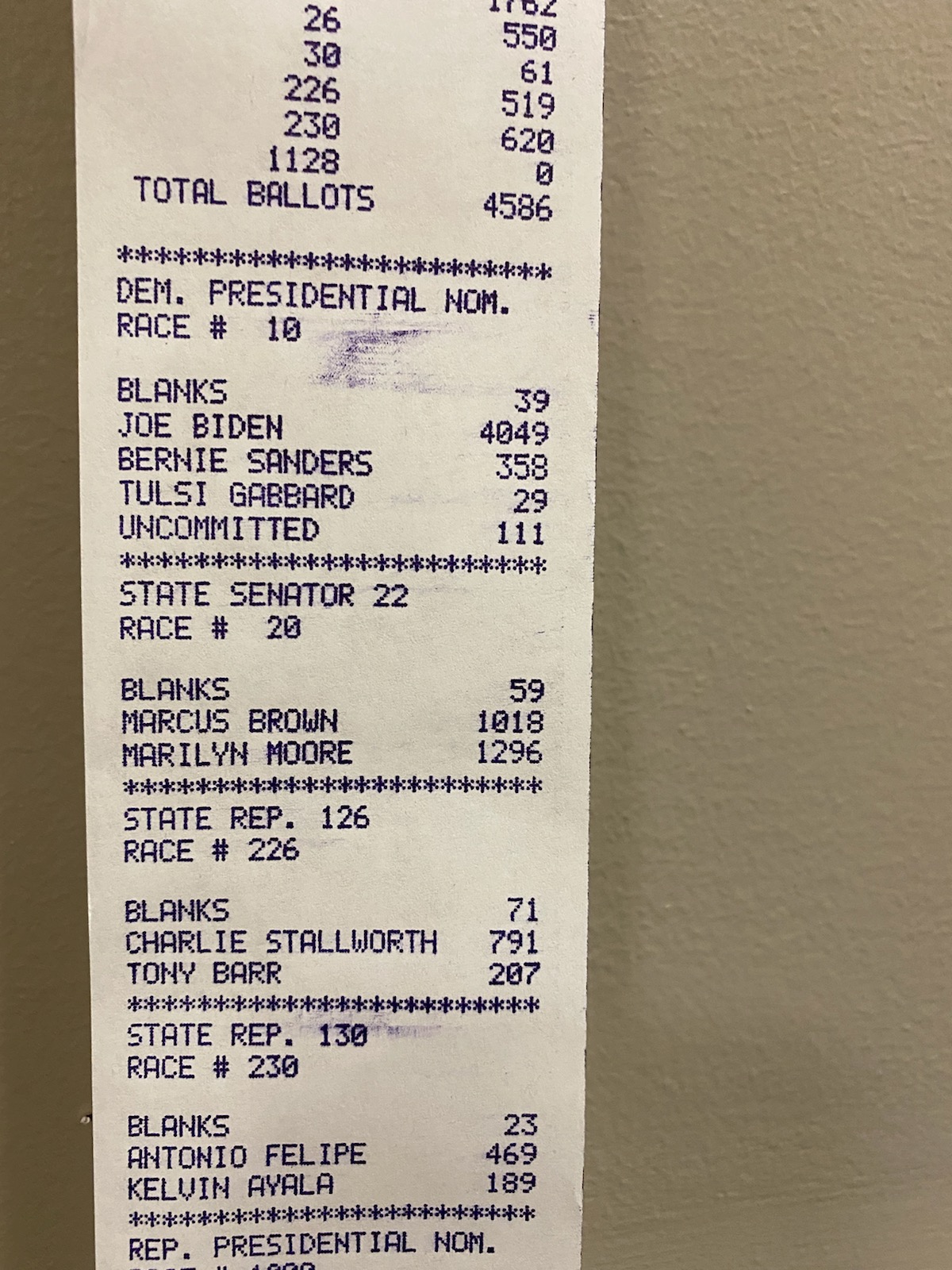