He has been a city employee since September 2011, according to his background provided by the city, working his way up through the ranks of management.

The personnel office is where municipal payroll is processed, outside the education system, as well as competitive examinations for classified positions within government. Labor relations handles negotiations of union contracts, labor disputes and employee conflicts. He has worked in both departments.

A member of the Democratic Town Committee, Amado was almost everyone’s first pick to be the candidate to fill Connecticut’s 130th State House seat after the passing of Ezequiel Santiago in March 2019. He turned down the entreaties. Antonio Felipe won the special election and then a full two-year term on Tuesday.

Amado is the son of Carmen Colon, a city political activist and long-term official with the Bridgeport YMCA. To cynical political observers the knee-jerk response would be he got there because of political connections. Okay, let’s assume that, but as his resume shows he has labored his way through the bureaucratic process, picking up on-the-job experience.

Colon was a forthright supporter of two-term Mayor Bill Finch who was defeated by Joe Ganim in a September 2015 primary. Amado remained on the payroll as Ganim brought new faces to fill key government positions.

Unclear how long Amado will be doing joint duty, but he’s universally liked and respected in City Hall, a persona not easy to find. Still, critics in the OIB comments section wonder about his background and credentials to hold down both positions.

Following the resignation of long-time Personnel Director David Dunn after his federal arrest for helping AJ Perez rig the 2018 police chief examination, Amado was elevated to the position by the Civil Service Commission in September.

See his background below: 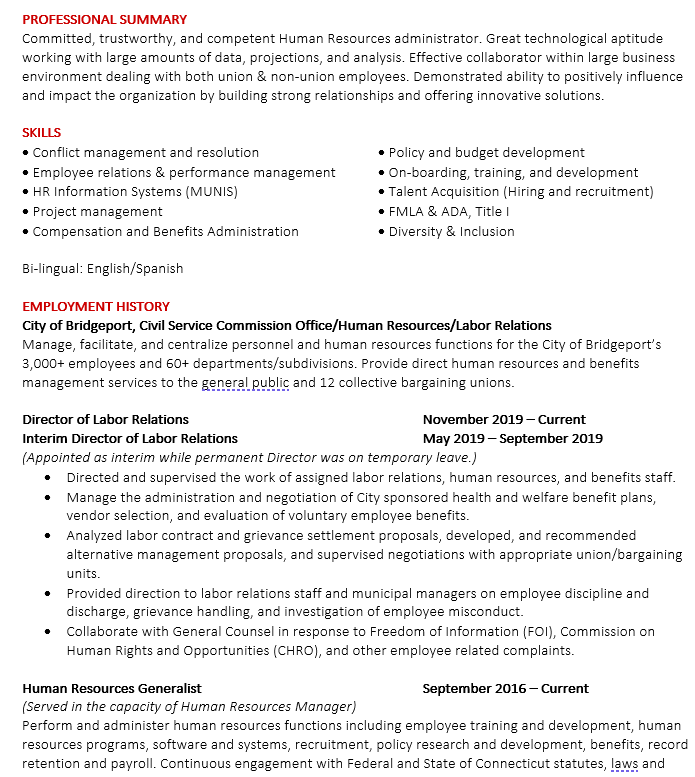 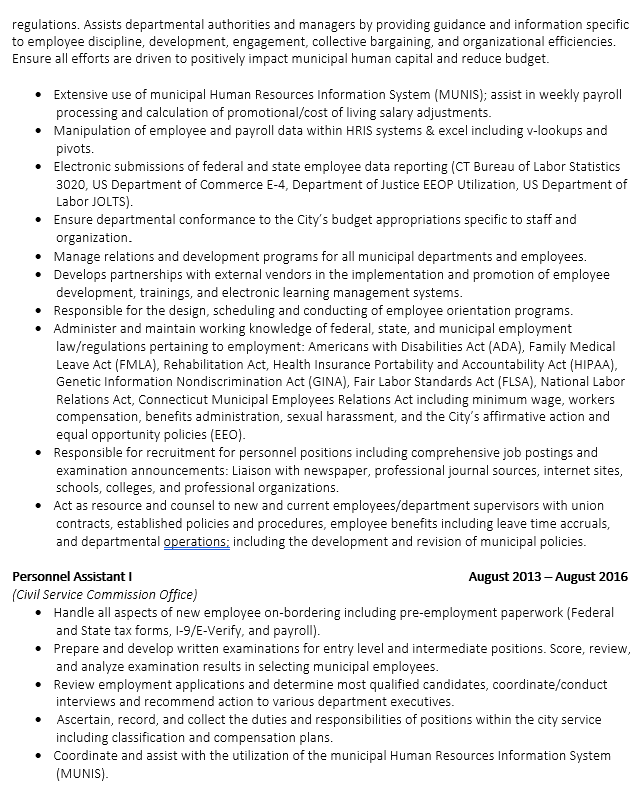 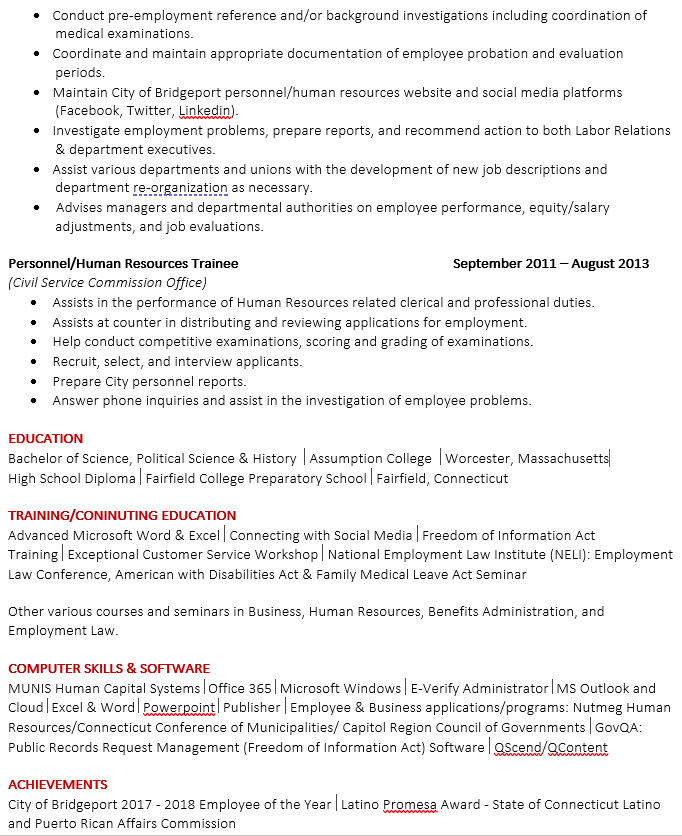