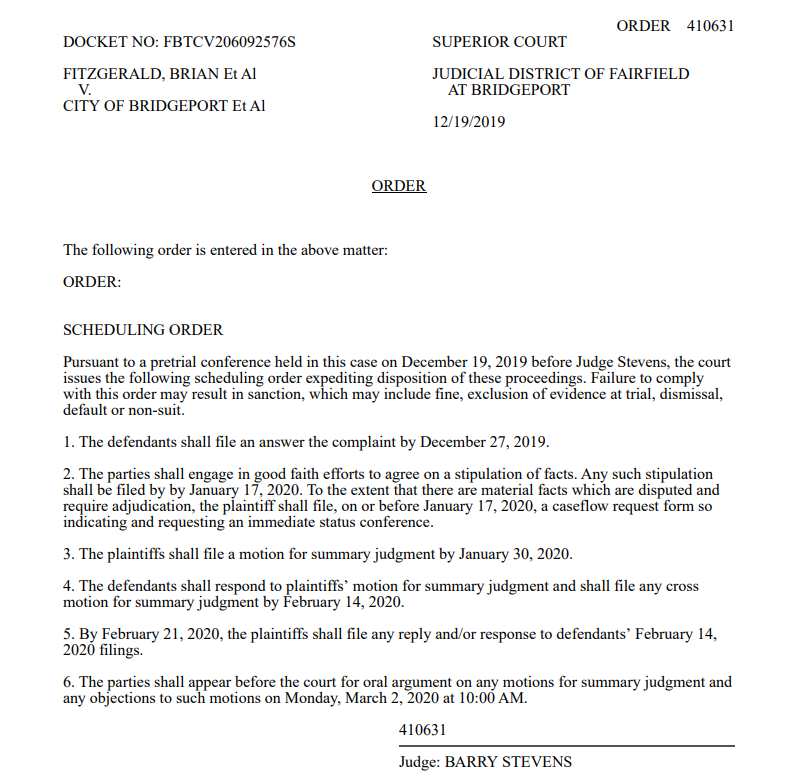 In short, Bucci’s complaint argues that Garcia’s unilateral appointment to assistant chief violates a necessary competitive process. The city asserts the position was created by the Civil Service Commission in 2008, approved by the City Council, as a non-competitive position.

Lynn Kerwin, under Mayor Bill Finch, was the first to occupy the job, as a result. It is one of two positions (chief) not associated with a collective bargaining unit in the Police Department.

Bucci’s complaint, according to the schedule set forth by Superior Court Judge Barry Stevens and agreed to by the parties, will sort its way out earliest in the spring.

Stevens presided over the court challenge to the September 10 primary results, brought by Bridgeport Generation Now Votes whose leadership supported Marilyn Moore for mayor. He sided with the city and it was upheld unanimously by the Connecticut Supreme Court.