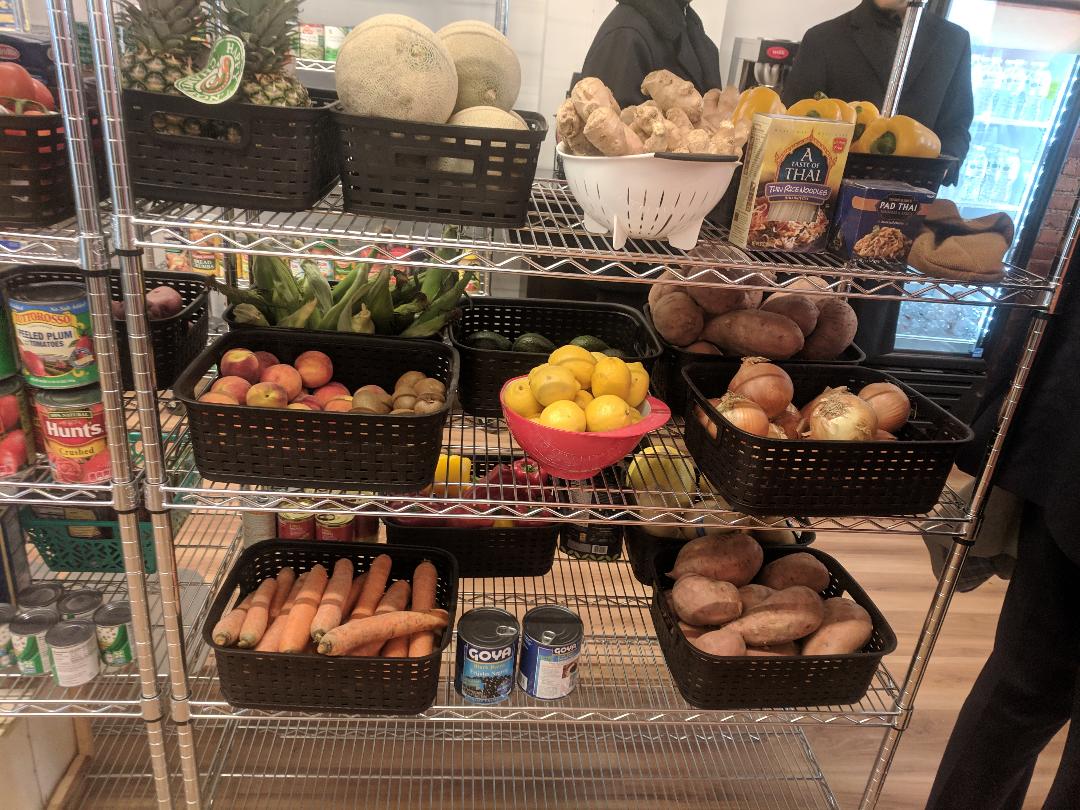 Caviness, addressing the audience, declared Wednesday “the day the lord has made … I’m about to cry … This market will transform this neighborhood.”

A food desert is defined as an area that lacks access to affordable fruits, vegetables, whole grains, low-fat milk, and other foods that make up the full range of a healthy diet. The 1,000-square-foot market will impact the neighborhood across a spectrum of issues covering health, social, crime and economics, according to coalition officials who worked on the project. 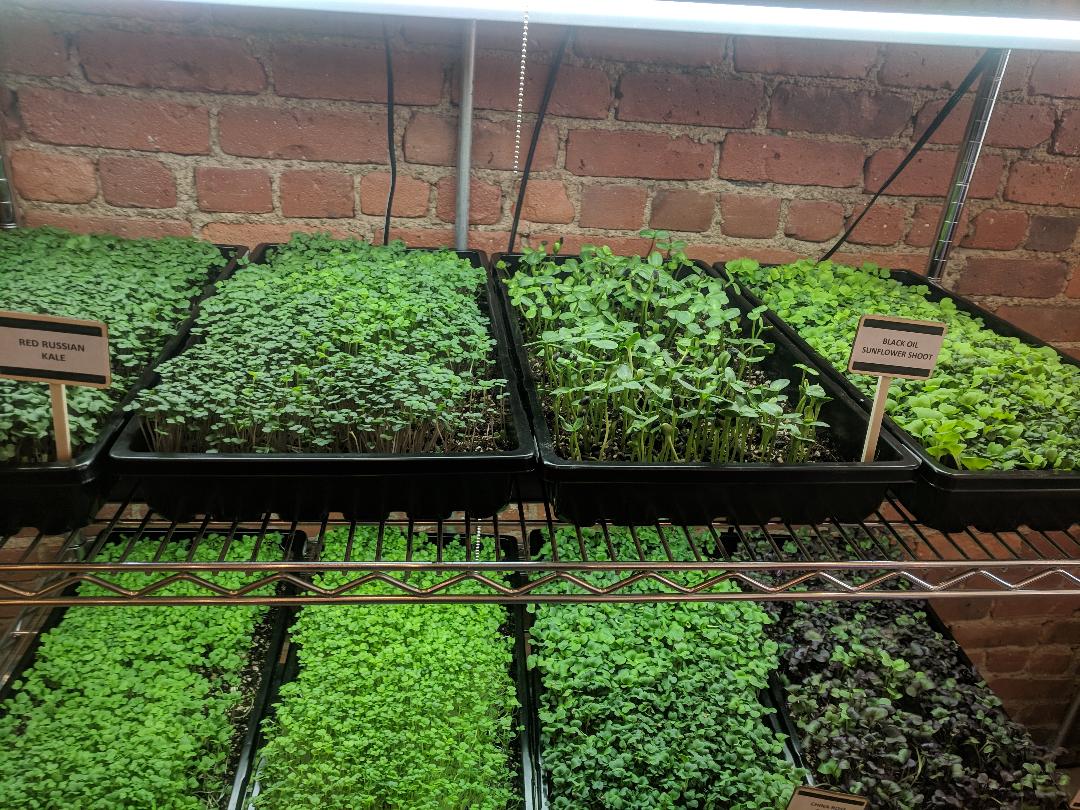 Ganim greeted the crowd from the lectern declaring “A packed tent in the middle of Stratford Avenue … More progress and more opportunities.”

Speaking of more, State Senator Marilyn Moore, a health care professional who is challenging Ganim in this election year, sat next to Ganim during the proceedings. Moore has been at the forefront of community farming and critical need for healthy food choices. She also addressed the audience. “Revolution is a struggle between past and present,” she said. “This is a revolution.”

“You are an inspiration to me,” Lamont announced under the tent. “This shows how people came together.”

Moments before the event started, a curious neighborhood resident opened the driver’s side window to a police officer directing traffic on Stratford Avenue.

“An announcement for a market.”

“It’s about time!” the driver gushed.

The pop-up market, say city officials, is a significant appetizer for what is expected to come for the neighborhood, a planned summer East End groundbreaking for a 30,000-square foot buildout that will include a grocery store, Optimus Health Care facility, a pharmacy, restaurants, hair salon and laundromat, all adjacent to a new library.

Anthony Stewart, the managing partner of city-based Ashlar Construction has joined forces with Bridgeport Landing Development as equity partners for the $7 million investment in the civic block area of the neighborhood.

Additional background on the Aetna Foundation and pop-up market:

Healthiest Cities & Counties Challenge Approach: Bridgeport Coalition United to Reach Equity, or CURE, is a project designed to help the poor residents of Bridgeport. Neighborhood Revitalization Zone members, the food policy council and community members and leaders, have identified the need for a grocery store and living wage jobs in their community. This project will address many issues such as violence prevention, access to healthy foods and job training and will bring together intergenerational groups in the East End Market.

Among some recent happenings, a new community garden helped support the East End Pop-Up Market and Cafe, which won a community impact award, and a local celebrity chef helped show youth how to turn produce into healthy, delicious meals.

The Healthiest Cities & Counties Challenge is a collaboration between the Aetna Foundation, the American Public Health Association (APHA) and the National Association of Counties (NACo) empowering 50 small to midsize cities and counties across the United States to create a positive health impact.

This two-phase initiative began in 2016 and empowered participating communities to share best practices with each other through an ongoing learning network, and serve as models for other communities across the country.