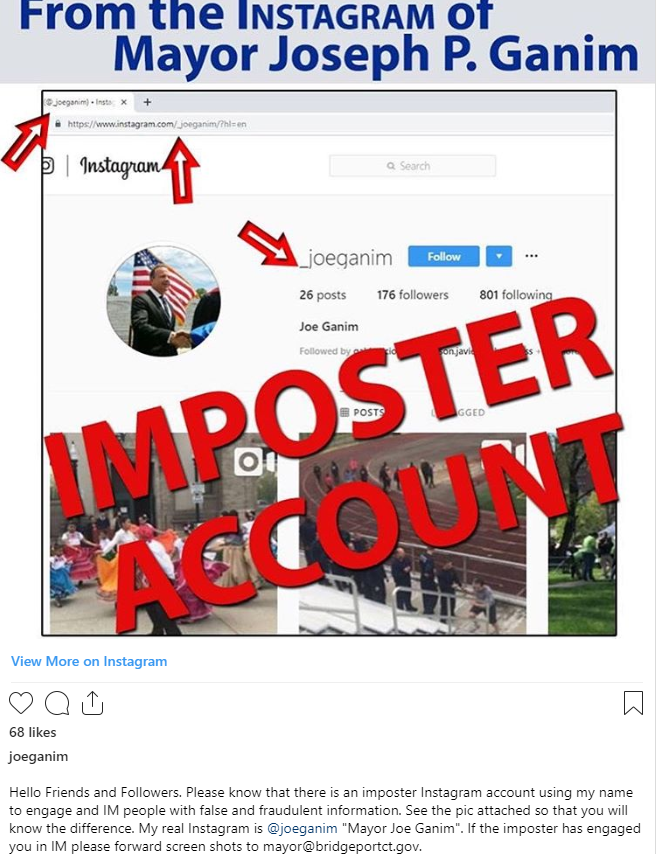 The Bridgeport mayor says someone is impersonating him on the Facebook-owned photo and video-sharing social media platform.

Ganim alleges that the “impostor” is using the rogue account to engage them in fraudulent activities. Some of the mayor’s followers said they received direct messages asking for money in return for government grants.