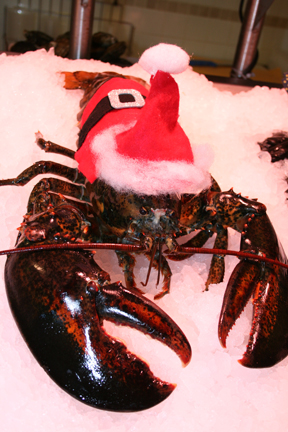 Okay, time for the annual OIB gift-giving season with plenty of stocking-stuffed sarcasm. What, ya think Santa wouldn’t arrive in time to adorn our favorite pols? Not like the city’s toothless tiger Ethics Commission would do anything about OIB’s gratuities to public officials … speaking of that …

For the Bridgeport Ethics Commission that sanctioned hundreds of dollars of free tickets, food and drink for City Council members loading up at the annual Gathering of the Vibes hippie fest salute to the Grateful Dead, a testicle transplant from former Governor Lowell Weicker.

For City Council members, 8-Track tapes of the Grateful Dead.

For Governor Jodi Rell, a Christmas Eve visit from the ghosts of Christmas past, present and future for her six-year bag of coal for the state’s largest city.

For Secretary of the State Susan Bysiewicz, proof that she actually attended law school.

For Mayor Bill Finch, a $40 million bag of poop from Trumbull and Monroe, the amount he’ll need from a regional sewage treatment authority to balance his budget.

For criminal defense attorney Mickey Sherman who received a year in the joint for skipping taxes, better advice for his clients.

For the Bridgeport Board of Education, a meeting without a fight.

For State Rep. Chris Caruso, shock treatment if he ever again uses the C word (Corruption).

For Bridgeport-born former GOP Congressional candidate Dan Debicella, a map of his native city he ignored during his campaign.

For community gadfly Cecil Young, a City Council speech that doesn’t lead to a bench-clearing brawl.

For City Councilwoman Evette Brantley, restraint when Cecil criticizes her.

For OIB readers Yahooy and Anna, gift certificates to rooms at the Mayflower Motel, but not with each other.

For Republican Town Chair Marc Delmonico, a GOP registration as large as Greenwich.

For Chris Dodd, forgiveness for doing nothing for the state’s largest city.

For Joe Lieberman, the good sense to do more for Bridgeport than Dodd.

For OIB readers, peace, love, joy, health and OIB as their screensaver.