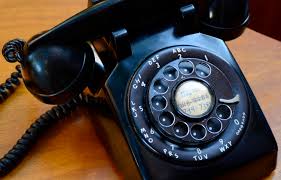 The texts and emails are flooding into OIB. Has People’s United Bank, on the verge of a takeover by M&T Bank, dumped the iconic time and temp 366-4242, a time-honored feature for more than 50 years?

A bank spokesman says it’s a glitch that IT is working to fix. Hmmm.

When I called the number several times Tuesday morning the obligatory “The number you have dialed is not in service …” repeated. The crawl at the top of my phone read “Corey’s Snake Oil Palace.”

The bank’s Bridgeport headquarters is something of a palace, designed by heralded architect Richard Meier, but a “snake oil palace?”

Anyhoo, bank spokesman Steven Bodakowski says the future of the number will depend on M&T which is schedule to close on the $7.6 billion purchase in October.

Under the agreement “People’s United’s current headquarters in Bridgeport, Connecticut will become the New England regional headquarters for M&T”.

Here’s some background on the origin of the phone number from OIB story in January.

In this year 2021, Bridgeport’s bicentennial, we will do our best to dial up the origin of things that really are only discussed on OIB, because that’s what we do. We are like the original bar fights of yesteryear, except no bars open in Connecticut, unless accompanied by a layer of plexiglass, or something like that.

If you’re a Boomer (like me), maybe even Gen X, technology meant numbers and letters, you picked up the rotary phone (careful for a party line) and dialed 366-4242. You wanted the time, temp and weather. Some robotic-voiced woman way ahead of Alexa intoned–a big deal those days decades before smart phones–People’s Bank time and temperature …

It was glorious. Someone to glisten info without barking back.

People’s United Bank, based in Bridgeport, is now a financial powerhouse in New England, far removed from those sleepy days in Connecticut known simply as People’s Bank.

OIB charter readers Paul “Local Eyes” Griffith, Bob “Troll” Walsh, Jim “Sonny” Fox and Howard “Front Row” Seat engaged in a back and forth about this subject that piqued interest.

One of the good (or bad) things about being me is digging deep into genesis. I’ve been blessed to work with People’s Bank executives such as David Carson and Jim Biggs, now long retired, but nevertheless extraordinary resources that connect past to present.

Fascinating how things work: both of them were way ahead of their time technologically, pay-by-phone, ATMs and branches into Stop & Shops (the origin of this story) on their watches. Also, Bridgeport-community generous.

Biggs arrived at People’s in 1960, a classy tennis player from Dartmouth, learning the banking biz. We jogged his memory:

I do know that when I joined the bank in 1960 the service was in place, and you did not dial numbers; you dialed FOO-HAHA! That was easier to remember than dialing 366–4242. I don’t know what the bank paid for the service, probably not much. It came out of Atlanta Georgia and I remember being told that it received about 40,000 calls a day from our customers and probably a lot of other people who weren’t customers!

So, here’s to FOO-HAHA, a People’s memory and still going …