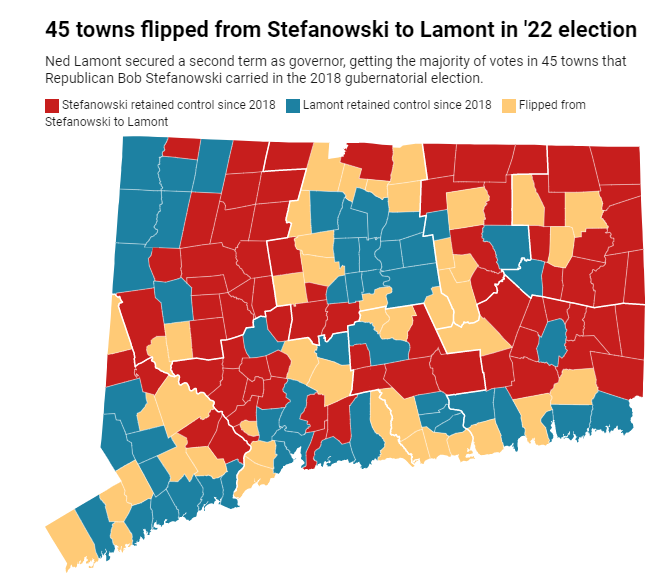 Four years ago, it was all about urban turnout propelling Ned Lamont over Bob Stefanowski for governor.

This time for Lamont it was a surplus of vote riches in suburban and rural areas.

Running on a record of budget surpluses during difficult economic times on the heels of Covid, Lamont’s double-digit win, after a tight vote in 2018, surged in some historically red areas in gubernatorial contests while holding cities handily though not as large in raw turnout.

In Bridgeport for instance, turnout dropped by 11 percentage points from 2018 when a midterm Trump presidency motivated voters.

Gov. Ned Lamont, who was reelected for a second term, carried 45 towns in the 2022 election that Stefanowski had won in 2018, and his margins improved–whether he won or lost–in all but 17 municipalities.

The towns that flipped from Stefanowski to Lamont include Greenwich and many others along the shoreline, as well as many Hartford suburbs.