UPDATE: The City Council Monday night by a 15-3 tally signed off on the restitution settlement. Maria Pereira, Samia Suliman and Matt McCarthy voted no. Alfredo Castillo and Eneida Martinez did not cast a vote during the Zoom meeting.

The City Council Monday agreed to accept nearly $300,000 from Bridgeport’s former police chief and its ex-personnel director as restitution for their crime of rigging the 2018 search for a top cop.

After a nearly two-hour teleconference with attorneys that was closed to the public, members of the legislative body emerged and voted 15 to 3, with two absent, for the lump sum $299,407 payment. That represents a $150,000 increase over the $149,407 federal prosecutors had previously recommended and that Armando Perez and David Dunn have so far paid.

“The amount we are receiving is substantial when we speak about addressing what it cost the city taxpayers during this whole investigation,” Council President Aidee Nieves said in an interview Tuesday. 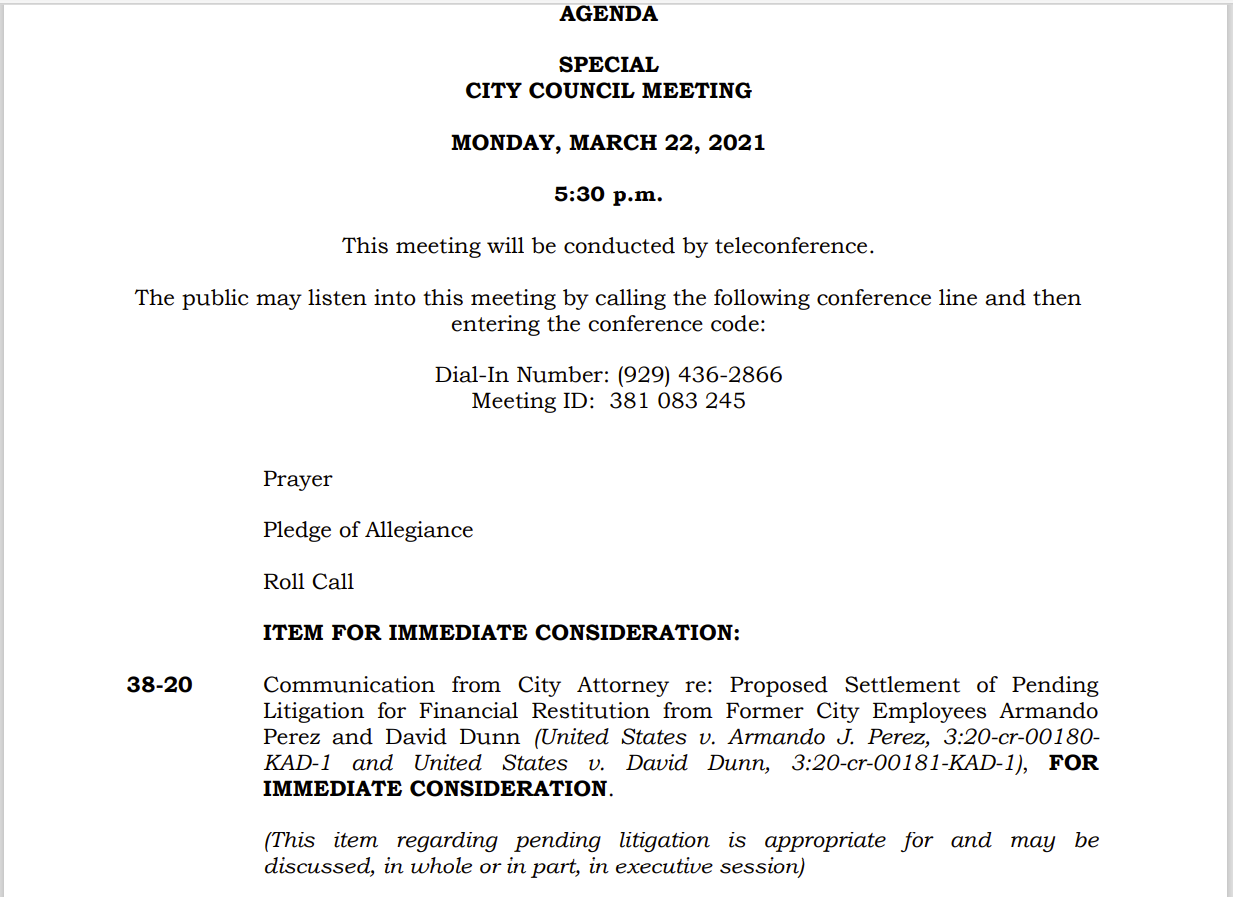