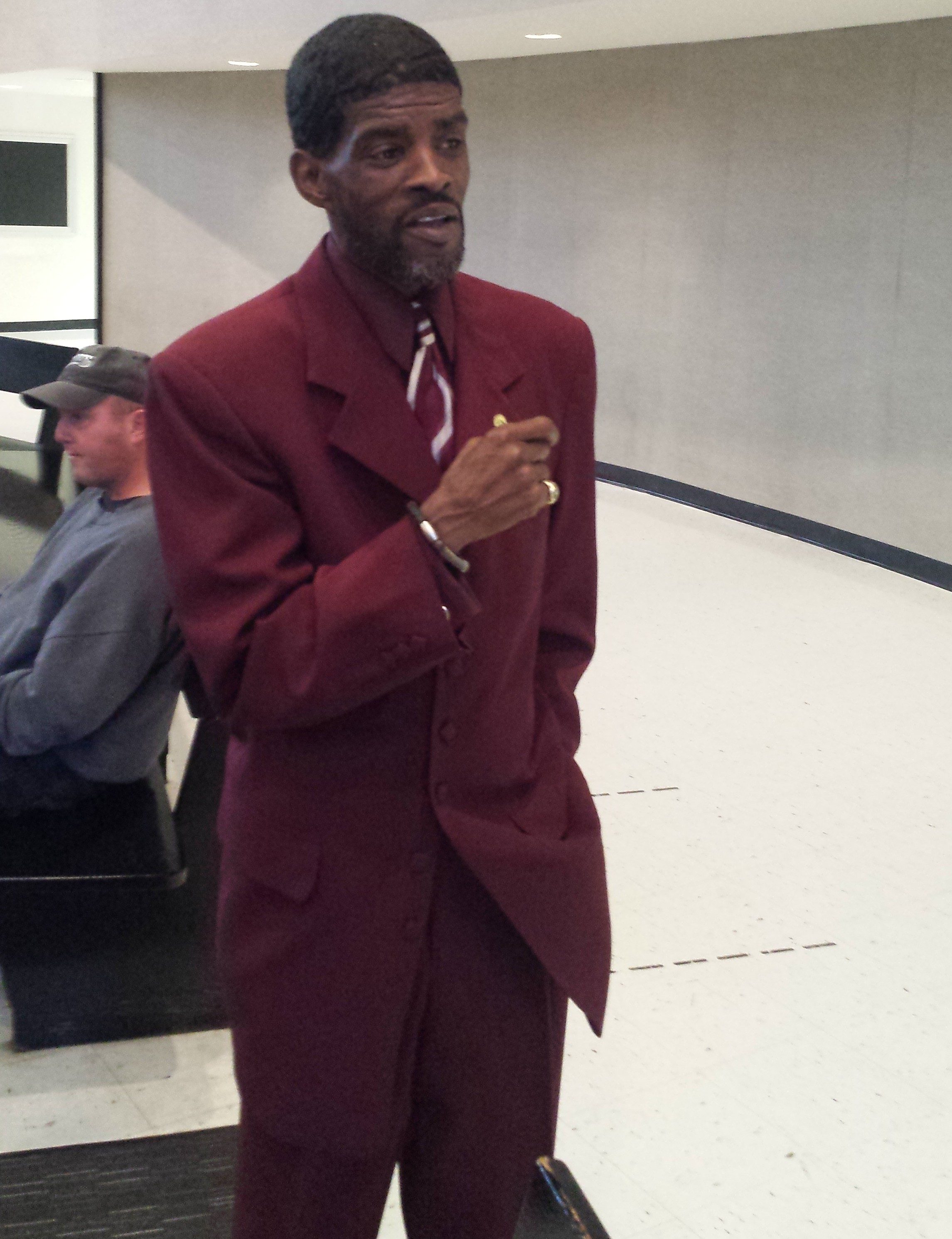 As expected, a state judge on Wednesday vacated Ernie Newton’s January 2015 conviction on campaign finance charges after the Connecticut Supreme Court ruled unanimously two months ago that the trial judge gave improper instructions to the jury in a case stemming from Newton’s 2012 run for State Senate.

The Supreme Court remanded the case back to the lower court allowing for a new trial. State prosecutors continue to pursue the case and on Wednesday Newton, a member of the City Council representing the 139th District, once again pleaded not guilty to the charges.

Newton argues whatever issues the state had with his application for public financing should be handled civilly. Newton’s lawyer, public defender Joseph Stawicki, is trying to resolve the case without a trial. What shape that could take is unclear.

“My head is bloody, but unbowed,” Newton, citing a line from the poem Invictus, told OIB Thursday morning regarding the latest development in the case stretching back years.

Newton received a mixed verdict from a jury on charges of falsifying $500 in campaign donations that led to approval of roughly $80,000 in public campaign funds for his 2012 Democratic State Senate primary race won by Andres Ayala. Newton was accused of prevailing upon individuals to falsely fill out contribution cards to the campaign so the public grant could be met.

Under the state program campaigns must raise $15,000 in small donations to trigger a larger public grant. The same jury acquitted Newton of witness tampering and could not reach a verdict on other counts of campaign finance law violations.

Many court observers believed the state’s case against Newton was thin. Newton and his lawyer Darnell Crosland argued similar matters have been handled civilly.

The 2012 primary race was a comeback attempt for Newton who had been convicted on public corruption charges in 2005 as a sitting state senator. After several years in federal prison he returned to Bridgeport in an attempt to regain his old state senate seat. He lost a close primary to Ayala.

From the Supreme Court decision:

In the present case, the instruction that the trial court gave, which is set forth in part I of this opinion, only requires knowledge of the falsity of the payment and not knowledge that the defendant’s own conduct was unlawful–that is to say, with a bad purpose to disobey or disregard the law. The jury, therefore, was not properly instructed regarding the applicable mens rea for the crime of illegal practices in campaign financing, and we conclude that it is reasonably possible that the jury was misled. Moreover, because the incorrect instruction pertains to an element of the offense, and because there is no evidence in the record that the omitted element was uncontested, harmless error analysis does not apply.11 See, e.g., Epps v. Commissioner of Correction, 327 Conn. 482, 485 n.4, 175 A.3d 558 (2018) (reviewing court applies harmless error review for instruction improperly omitting element of offense only if court is satisfied “beyond a reasonable doubt that the omitted element was uncontested and supported by overwhelming evidence, such that the jury verdict would have been the same absent the error” [emphasis altered; internal quotation marks omitted]).

The judgment is reversed and the case is remanded for a new trial.