Mark your calendar for Tuesday July 23, D-Day. No, not that D-Day, the date Democratic Town Chairman Mario Testa has set to endorse Democrats for mayor, Board of Education, City Council, city clerk, town clerk and city sheriff slots.

It also happens to be the final day of the one-week window for endorsement by major party for municipal office by town committee, according to the election calendar set by the Office of the Connecticut Secretary of the State, limiting the time to two weeks challengers may petition onto the September 10 primary ballot. Call it the machinations of the wily town chairman.

Challengers must bank validated signatures of five percent of registered city Democrats for the respective offices. That means for mayor roughly 2,300 based on the registration.

The larger question looming: will Mayor Joe Ganim’s challengers State Senator Marilyn Moore and State Representative Charlie Stallworth hustle signatures for the September 10 primary? If so, will they run with a slate of candidates such as school board, town clerk, city clerk and city sheriff? For City Council districts the signature requirement is a few hundred. Stallworth has announced he will try to primary. Moore has not been specific about her strategy.

The other option for Moore is bypassing the primary and going straight to the general election as a petitioning candidate. Theoretically she could also have a two-pronged approach, challenge in a primary with a backup plan for a November petitioning candidacy.

Four years ago Ganim and Mary-Jane Foster, both of whom ran in the primary, did both. Ganim didn’t need the November line because he won the primary. Foster was his closest opponent in the general election as a petitioning candidate. The election rules only allow for multiple lines nominated by a party. You can’t run on both a party line and a petitioning line. 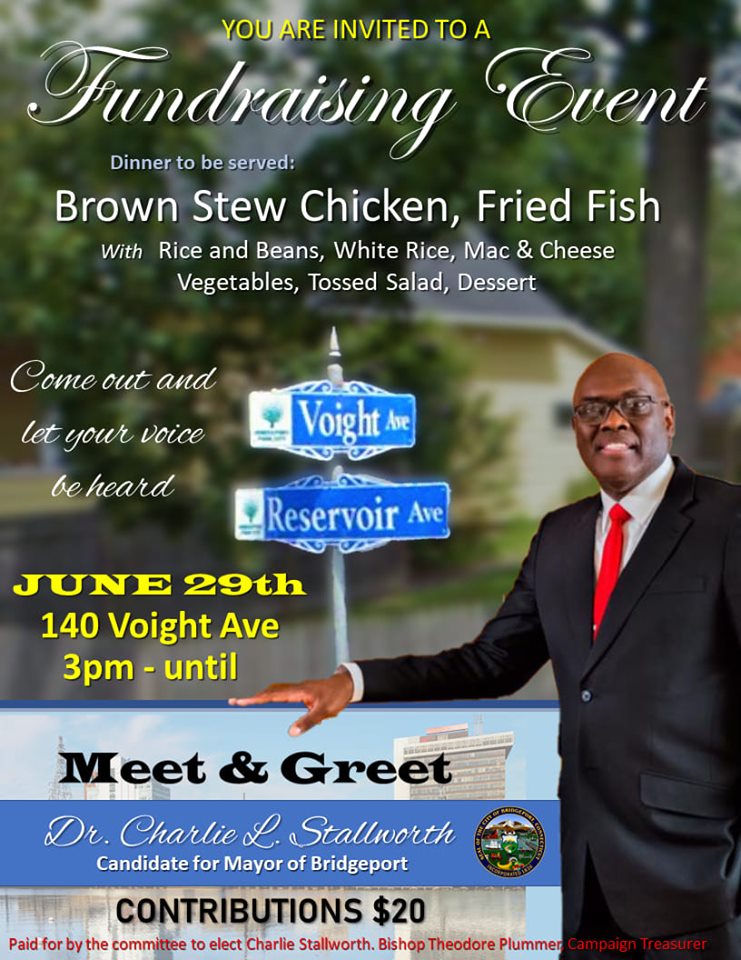 Moore, for example, could challenge Ganim in a primary. If she comes up short she could run on the Connecticut Working Families Party line in November, or as a petitioning candidate. She can’t appear on both those lines. If she wins the primary she can then appear on both the Democratic line and WFP line.

The two-pronged approach comes down to money presuming the primary is close. To take out Ganim in a primary Moore must drain all her resources hoping to reload the treasury for another bite in the general election if she loses the primary.

Sunday June 30 is the final day of the next quarter campaign finance report that must be filed by July 10. The next report is a key money watch for Stallworth and Moore.

Stallworth, a city minister, has been leveraging his pastoral contacts around the country to raise money.