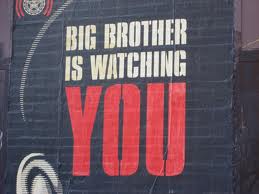 City officials must be super careful about the effort to push through a regional wastewater treatment authority with Trumbull and Monroe. It has all the makings of déjà vu all over again. Lots of money involved processing waste, it’s an underground ca-ching machine. Let’s hope decision makers in this process don’t risk their liberty.

Dozens of people, if it comes to fruition, are going to make a lot of dough off this poop deal, including lawyers, lobbyists, architects, engineers, contractors. I’m not implying someone has their hand out; I’m saying if you’re thinking about it, don’t. Not worth it. Will the Feds watch this process? I don’t know for sure, but (knowing a little about how Big Brother works) I think they will. It has all the ingredients … money, power, desire to make it happen.

Is power a narcotic? You bet. So let’s keep an eye on this because I have a feeling the Feds will keep watch. Message to all involved: Y’all be good now, ya hear?

I have no idea how this stuff happens; in the past week I’ve received several inquiries: Lennie, when’s that Ganim tell-all book coming out?

Could I write one? Yes. Could I publish it? Yes. And for a while a few years ago I  thought seriously about it. But for what purpose? A few stinking bucks? In 2004 Connecticut Magazine asked me to write a piece about power, greed and the downfall of a high-profile Connecticut mayor. The article I wrote pretty much tells it all. If you’re new to OIB (and thankfully, we receive new readers every week) plug Connecticut Magazine Hellbound Train into your favorite search engine and that piece captures my perspective.

Of course Joe Ganim has his own myopic perspective in an effort to clear his name. But that’s Joe for ya. He carved out a position 10 years ago that he did nothing wrong and he’s sticking to it. It doesn’t make sense for Joe, after all these years, to back off his position, for his family, his ego and any other reason he rationalizes. Joe is an expert at rationalizing things. Joe has many talents. And that is one of them.

But one book I am working on is an update of Only In Bridgeport which I wrote when I was in my mid-twenties. Now that I’m (OMG, don’t tell anyone) 52, time to freshen the manuscript. With any luck look for it this holiday season. But don’t expect any new Ganim revelations.

Last week Ms. Mo and I attended the Train concert in Trumbull. Sweet show. We ran into a bunch of OIB readers. A knucklehead like me has nothing better to do than ask: do Trumbull Town Council members attend for free? If anyone from Trumbull’s legislative body attends for free it’s news to those I asked. (Unless, of course, a connected friend–contractor Manny Moutinho had sponsored the event until this year–slips them a ticket?) In fact, some of the town officials looked at me sideways when I asked. Oh, yeah, they said you’re asking this because of Bridgeport. Yup. In Bridgeport the city’s legislative body (that would be City Council) ordained into the contract with the promoter of the Gathering Of The Vibes that they must attend the weekend concert extravaganza for free on the greasy argument that we must monitor the event for future consideration. Not only that … we must be allowed to bring a companion.

Bullshit. The whole thing is bullshit. How about allowing council members to attend one day (without a companion) instead of a package worth more than $400?

What city official involved in the approval process should attend the Vibes for free? The mayor.

If Mayor Bill Finch wants to attend and bring wife Sonya and the kids along, so be it. He’s the chief executive, he’s the city’s cheerleader, he’s the one that greets 20,000 folks in Seaside Park. In fact, in any city facility: be it city park, arena, ballpark, The Klein Memorial; the mayor (be it Finch or any other mayor) should have a standing invitation to go.

But not the City Council. In fact, I could see designated city Park Board members attending the Vibes because it’s the Park Board that’s involved in the nuts and bolts of the annual hippie fest.

If the city’s Ethics Commission sticks its head in the sand on this hand them all an instrument and ask them to join hands and sing Elton John’s Funeral For A Friend:

The roses in the window box

Have tilted to one side

Everything about this house

Was born to grow and die

Jay has shops in Greenwich, Darien, Stamford and Fairfield and downtown Bridgeport is his new addition in the chain he started in 2003.

And he puts his money where his icecream goes:

“I am a believer in the revitalization of the downtown, in fact I recently moved to the City Trust (building) to be right on top of things as we launch this shop.”

Maybe Yahooy can invite Anna for a treat. Check out the site: www.gofericecream.com

DREAM BUILDERS is the dramatic, inspirational story of two men, Peter M. Lehrer and Gene McGovern, who rose from the streets of New York to create Lehrer/McGovern, a construction company that would oversee and build the most important projects in the world including the renovation of the Statue of Liberty, Ellis Island, Canary Wharf, Euro Disney, the Towers of Kuala Lumpur, and the 1996 Olympic venues in Atlanta. Part documentary and part educational tool, the film exposes the inner workings of an important American business partnership in a dramatic, personal way never seen before. The film was produced and directed by Westport filmmaker Larry Locke of Larry Locke Films, LLC.