Shortly after he was elected mayor in 1933, Socialist Jasper McLevy implemented a campaign promise to limit the spoils system of hiring municipal employees. Basically municipal positions were all tied to a revolving door of patronage administrations leading to widespread corruption in municipal departments.

McLevy for years castigated the sins of both Democrat and Republican administrations caught in the cookie jar of impropriety. The cure, he said, was merit-based hiring through the Civil Service testing system that classified and protected positions from political tentacles. Only those appointments closest to the mayor such as department heads and inner-office staff would be direct at-will employees.

When voters finally had enough, they elected McLevy and kept him there for 24 years. For decades, the Civil Service system was sacred soil for voters: mess with it and we will punch you in nose at the ballot box. Over time, however, various mayoral administrations have toyed with it, finding loopholes, run-arounds, back-door meddling to limit its independence from politics in many cases in violation of the City Charter that set timelines and protocols for filling positions.

City Councilman Ernie Newton claims the most egregious act of violating Civil Service comes during the lame-duck period of mayoral administrations without regard to checks on the system.

He is proposing draft language, in conjunction with the City Attorney’s Office, to “restrict selecting, reclassifying, or otherwise placing political appointees/unclassified service appointees in vacant positions in the classified service during the period the Mayor is a “lame duck.” 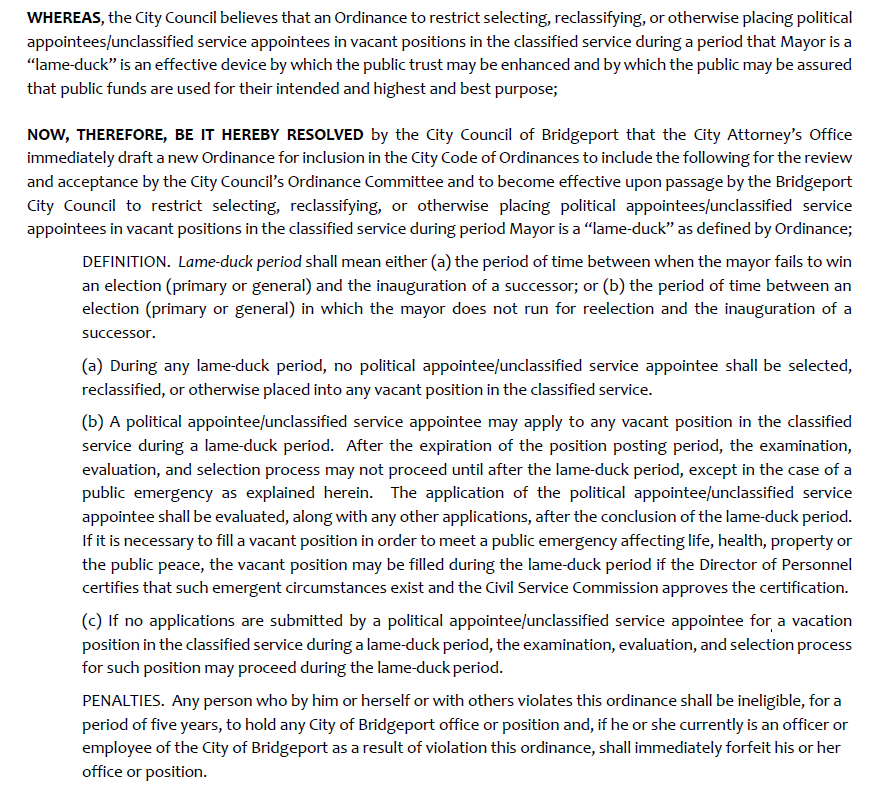