The City Council’s Budget & Appropriations Committee has revised its meeting schedule to review Mayor Joe Ganim’s spending plan for the fiscal year starting July 1 that calls for no tax increase. Public hearings will take place on back-to-back nights for the general budget and Board of Education/Library, April 26 and 27 respectively. General fund public hearing is by zoom. BOE/Library in City Council Chambers.

The budget committee will vote on the spending plan in early May. What happens at that level is generally adopted by the full council. 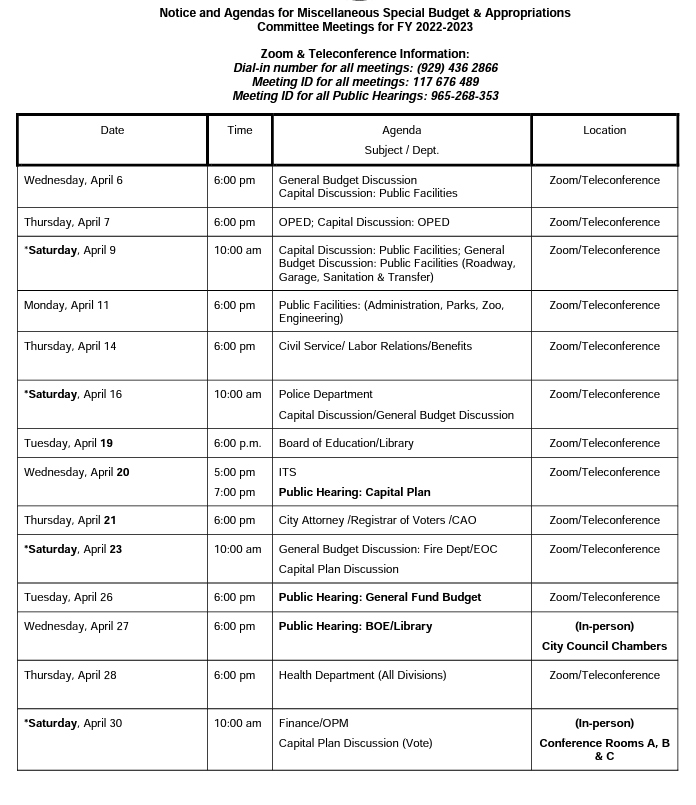