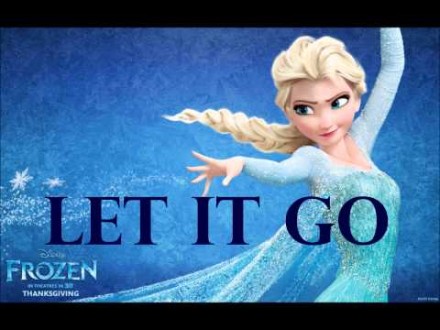 Did he drop the matter? Or was his complaint alleging religious discrimination dropped by a state agency? Yes, the Commission on Human Rights and Opportunities dismissed attorney Russell Liskov’s February complaint against City Council members, a decision that was uncovered by retired Superior Court Judge Carmen Lopez following a freedom of information request. “I was asked to let it go,” Liskov told the Connecticut Post. “And I let it go because I was assured the insanity would stop. And it did.” Well, he didn’t exactly let it go, unless he was planning a civil action in state or federal court.

The insanity that Liskov referenced centers, in part, on this statement made by councilwoman Eneida Martinez at a December committee meeting challenging the Water Pollution Control Authority collection practices of Liskov and attorney Juda Epstein on behalf of the city: “Both men are Jews and buddies and they go to the same synagogue and they are buying up these properties.”

In a decision dated August 13 the CHRO case assessment asserts Liskov “has not pleaded any facts to show that either comment constituted an adverse employment action.” The report also declares Liskov did not show how Martinez retaliated against him based on his religion.

Lopez has followed and attended a number of government meetings involving the collection practices of the WPCA. She shares this commentary about the CHRO decision.

In the August 20, 2018 edition of the CTPOST, a headline blared across the front page of the paper, announcing that Attorney Russell Liskov’s CHRO discrimination complaint against Bridgeport City Council members had been dropped.

The article states that “state officials have dismissed a municipal lawyer’s complaint accusing a handful of City Council members of religious discrimination and anti-Semitism.” The reporter declares that Attorney Russell Liskov, a member of the City Attorney’s Office, “made the decision not to pursue the matter against Marcus Brown, Karen Jackson, Michelle Lyons, Eneida Martinez and Ernest Newton, after being urged to do so by unnamed individuals.”

The article also informs the public, that Council Members Pete Spain, Maria Valle and Rosalina Roman-Christy had previously apologized to Attorney Liskov, in writing, which led Mr. Liskov to drop the complaint against each of them.

Buried half-way into the article, the reporter states that “a spokeswoman for the CHRO confirmed that the complaint against the other five council members had been reviewed and dismissed, but could not immediately confirm that it was Liskov’s decision.”

To paraphrase the late Paul Harvey, this letter is about the rest of the story.

Pursuant to an FOI request, I obtained a copy of the CHRO written Case Assessment Review (CAR) issued by the Commission on August 13, 2018. The purpose of the Case Assessment Review is to determine if the complaint should be retained or dismissed. The review plainly and unequivocally states that the case was dismissed by the Commission due to Attorney Liskov’s failure to state a claim for relief.

In other words, Russell Liskov, a member of the City Attorney’s Office, who has been rehired by Mayor Ganim and Chief City Attorney Meyer following his retirement, presumably due to his legal expertise, failed to prepare or file a complaint demonstrating how the individual members of the City Council retaliated against him because of discrimination or anti-Semitism.

This resulted in the dismissal of his claim at a preliminary administrative stage. Therefore, Liskov’s only remaining recourse would be a lawsuit.

Furthermore, as the review found, Liskov was unable to produce one shred of evidence supporting the claim that members of the Ordinance Committee attempted to affect his employment with the City, or that the Committee’s decision to subpoena Attorney Liskov to the next meeting, was based on his “religious affiliation.”

There is a logical explanation for Liskov’s inability to produce any evidence to support his claim that his position with the City was at risk.

The evidence simply does not exist.

Mr. Liskov is an employee of the Executive Branch of government, and not the City’s Legislative branch. Mr. Liskov, Mr. Meyer, Mr. Anastasi and all members of the City Attorney’s Office answer to the Mayor, and not to the City Council, as is painfully obvious to even the most casual observer.

Furthermore, as the Case Assessment Review established, Attorney Liskov did not even allege any facts to support his bogus allegation of retaliation by the Ordinance Committee.

The City Council did not hire Attorney Liskov, and they can’t fire him.

It is unfortunate, that the CTPOST was unable to verify “the rest of the story,” before running a front page, above the fold article, announcing that Mr. Liskov magnanimously decided to sing the Disney Frozen song, to “let it go.”

The members of the City Council were provided outside counsel, at City expense, to defend against these unfounded claims and petulant allegations.

The City Attorney’s Office seems to believe that the Bridgeport taxpayer is a bottomless pit.

The law firm of Halloran and Sage represented most of the City Council members and the firm of Howd and Ludorf represented Ms. Martinez.

Don’t hold your breath for an answer!

I don’t expect a prompt reply.

I will probably have to file a complaint with the FOI Commission in order to obtain information which in most Connecticut towns and cities would be provided to a taxpayer as a matter of course.

But of course, this is Bridgeport!