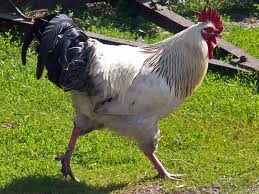 All this clucking about chickens makes it impossible not to think about the late Town Clerk Hector Diaz, a dignified community leader, who embraced the culture of his native Puerto Rico where cockfighting is legal. Bridgeport politics is something of a blood sport too. It’s not one of those things given up for lent. Pols may give up flesh on Friday, blood never. The amount of blood spilled in city politics would make the Red Cross envious. Save some of that for us!

Back in the 1990s when Hector was in the middle of his 20-year run as town clerk, the economic impact of illegal cockfighting spurred an assortment of clubs, halls and basement bars on the city’s East Side, the epicenter of the city’s growing Puerto Rican community. The police department’s tactical division occasionally broke up the cockfighting contests that featured an eclectic group of fans–regular neighborhood citizens, businessmen, politicians–flashing money and vocal cords for a cock kill.

One evening the tacticals ambushed an illegal cockfighting operation on the East Side. One of the spectators rounded up was Hector Diaz, a master of simplicity by way of explanation. To paraphrase Hector’s rejoinder: It’s legal for my people in Puerto Rico.

Mayor Bill Finch’s new proposed ordinance allowing residents to raise as many as six chickens in backyard coops will be pecked to death on a number of levels: for policy purposes, his genuine regard for living off the land, the ethnic politics of urban farming and, yes, the potential for opening up new cockfighting excitement irrespective of the ordinance prohibiting roosters.

As one veteran political observer says about the lack of roosters–Hey, enclosed hens fight pretty good too.