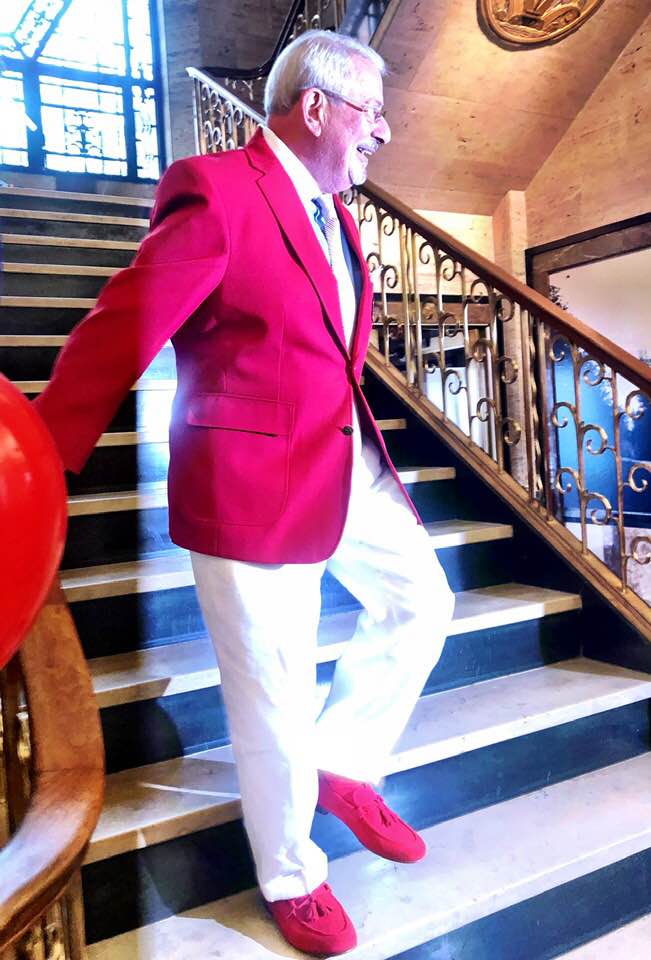 For more than 20 years as a volunteer he served as great street parade grand marshal, chairman of the car show, organizer of the fireworks, a judge for many events. On Wednesday Frank Gennarini, donning red socks, red shoes and the signature red blazer, was named ringmaster of the 2020 Barnum Festival, the annual salute to showman P.T. Barnum whose contributions to Bridgeport include Seaside Park, public library system and Bridgeport Hospital.

“This is a tremendous honor. The festival has always played a special part in my life. Living on Charles Street in Bridgeport as a child, I remember watching the Goodyear blimp promoting the events of the festival. I plan to continue this great tradition that has brought so much fun and good will to the greater Bridgeport region.”

The vice president of Bridgeport-based D’Addario Industries has chosen the theme “20/20–A Vision for the Future.”

“I was bitten by the ‘Barnum bug’ a long time ago because I’ve seen the fun and community spirit it creates. We’re going to build on that in 2020.”

Gennarini and his wife, Cynthia Tsokalas, plan to debut an illusion and magic show this spring, featuring Kalin and Jinger–world-renowned illusionists who have performed on Broadway and around the world. Jinger is their daughter.

Barnum Festival Executive Director Charlie Carroll praised the choice, saying Gennarini is “highly qualified” to be ringmaster because of his longtime involvement with the festival.

“Frank is eminently qualified to be the ringmaster,” Carroll said. “He’s done it all. He’s ready to hit the ground running and has a lot of enthusiasm, which is what you need. It’s a lot of work, but he’s up for it. We look forward to working with him.”