For the first time in the history of the Democratic Town Committee, Monday night members selected delegates to the state convention–who will endorse candidates for state senate in the 122nd and 123rd Districts–via teleconference.

Between May 5 and May 26, these delegates per the state election calendar will issue endorsements, possibly by teleconference or video, among the field of candidates. Right now that’s a small field.

City Councilman Marcus Brown is challenging incumbent State Senator Marilyn Moore in an August primary in the 22nd District that covers the north and western portions of the city, a piece of Monroe and all of Trumbull.

Incumbent Senator Dennis Bradley has no announced opponent in the 23rd District encompassing about two thirds of Bridgeport and a small piece of Stratford. Because both districts involve multi towns, opponents to the party-endorsed need only 15 percent support at the convention to qualify for the ballot. In lieu of that opponents can qualify via the petitioning process. How will that work given the health emergency?

City Councilman Ernie Newton and South End social justice advocate Kate Rivera have both weighed challenges against Bradley, but neither has made formal announcements.

Most of the delegates are made up of party insiders including many from the town committee.

Endorsements for state house offices will be made by respective town committee members because those districts solely encompass Bridgeport.

See Bridgeport delegate list below. Does not include Trumbull, Monroe and Stratford delegates.

Most of Brown’s delegate support will come from Bridgeport. For Moore from the suburbs. 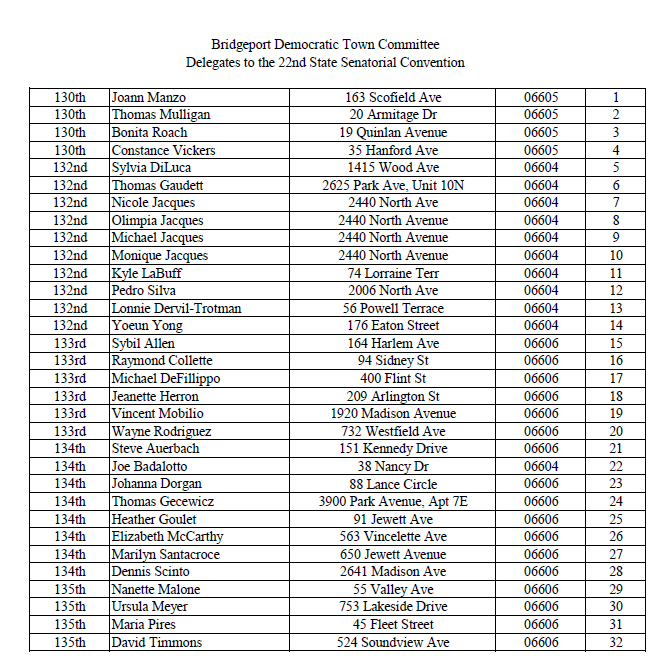 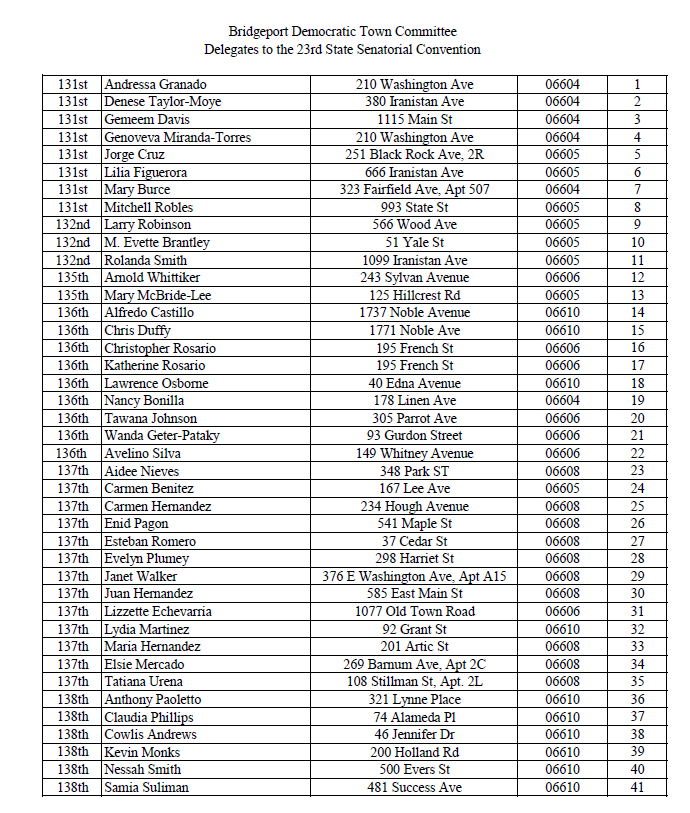