In one of her final acts as Connecticut Commissioner of Education, Dianna Wentzell approved the Board of Education’s appointment of Adult Education Director Michael Testani to serve as acting school chief commencing August 1, replacing Aresta Johnson who’s officially leaving the district July 31 to accept a post at the University of Bridgeport. Testani was selected by a 5-3 vote.

Testani’s tenure is expected to last at least one year as the school board undertakes a national search for a longer-term school district leader. 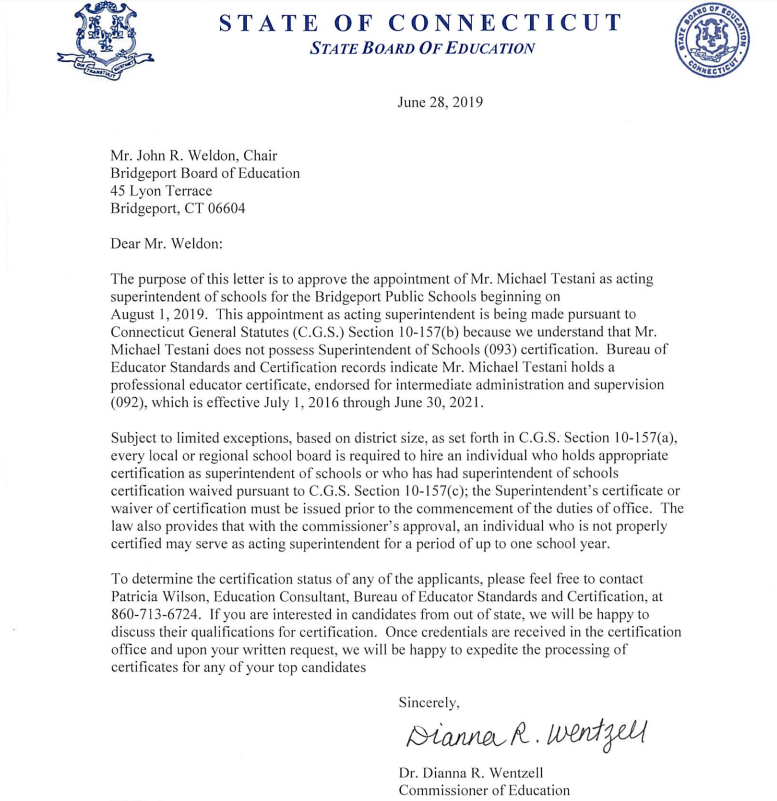