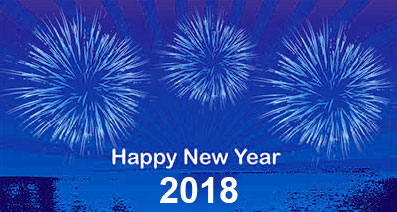 Check off another year. 2018 is shaping up as a wild political cycle: Democratic Town Committee primaries in March, followed by selection of a party leader. Will Mario Testa have enough juice for another two years? Depends on the March primary results. Statewide, party conventions in May will take place to endorse candidates for governor and other constitutional offices, followed by expected August primaries. Two city residents, Democratic Mayor Joe Ganim and Republican David Walker, former U.S. comptroller general, are gubernatorial candidates. Bridgeport will emerge a battle ground in the upcoming state legislative session among gaming giants vying for a casino in the city that requires state approval. Thanks to all our loyal readers and posters. Without you it’s sayonara.

How OIB began:
Oh boy, 10-plus years. There was no design it would last a decade. In the spring of 2007 I was a hard-copy columnist for the alternative publication the Fairfield County Weekly. The paper’s editor Tom Gogola mentioned the new online industry portal was called a blog which took its name from web log; short, irreverent observations that allowed readership input via a comments section. In my case, government and politics my vice, I’d write primarily about those subjects. I chose to call the blog “Only In Bridgeport” because, well, considering the unique nature of city politics, could there be any other name? Plus, it was the title I’d used for a book about Bridgeport first published in 1986.

The blog required, according to market research, personality to attract an audience. So narcissistic elements crept into the copy. Ya know, wake up, stub your toe, write about it. When my cat Stinky left me mouser gifts I chronicled that too. May 29, 2007 was the first entry. It was a nutty time in city politics–what else is new–incumbent Mayor John Fabrizi had suffered a support meltdown weeks earlier when he walked into a state courtroom to seek leniency on behalf of a sexual offender who was friends with his son. The Democratic political establishment threw Fabrizi under the bus in favor of then-State Senator Bill Finch who they believed could defeat party maverick State Rep. Chris Caruso in a primary.

And onward we went, writing every day (although the publication was called The Weekly). Bit by bit we built an audience that allowed for free and open exchanges and ideas. After a few months, Weekly management notified me that nearly 50 percent of the publication’s online traffic was driven by OIB. The traffic was not huge numerically but by percentage made the site relevant. The paper was owned by media giant Tribune and by the winter of 2007 whispers turned to roars about corporate media cutbacks via publication sell-offs and closures. I saw a casualty on the horizon. I decided to take OIB independent. (Eventually, The Weekly was shut down.)

The new site required a hook with a cool look, and a webmaster to help me maintain it. I asked long-time friend Sue Katz, a graphics guru, to design the site. Ray Fusci (full disclosure, my cousin) signed on as webmaster. Ray’s a Wesleyan nerd who’s also a gifted English-math combo. Ray is like the guy behind the curtain, the mechanic under the hood, making sure we hum every day. There is no OIB without Sue and Ray.

The decision to go independent came with much trepidation. If I leave The Weekly, will readers follow? Gogola was a pro in allowing me to notify Weekly readers I was leaving to create my own site. On March 12, 2008 we launched our own thing. Early on we had about 30,000 views per month. In 2017, we averaged more than 100,000 views per month, not what big-boy news organizations produce, but a mighty audience comparing us to likewise local, regional online sites.

There’s been an evolution to OIB over the years, less blog and more on-line news portal. In order to build a larger audience, we’ve placed focus on breaking political and government news. Yes, some of the narcissistic analysis still exists, but a greater premium is placed on news and events.

The comment section has also evolved. In the early days of the blogging industry just about anything went. People posted under handles, sometimes multiple handles and even demonstrated their multiple-personality disorder by responding to themselves.

Many sites still allow handles with limited policing. We found a higher percentage of comments under a given or known name enhances the level of conversation without losing its edge. Most of our posters use their given name. We do allow for exceptions, such as a city employee who wants to participate but fears retribution for sharing information. It’s not perfect, we continue to examine ways to improve OIB.

Keep in mind only about one quarter of one percent of OIB readers actually post a comment (that’s about industry standard), but thousands of readers visit regularly to titillate over the one quarter of one percent. Editorially, we will continue focus on government and politics because trying to be all things to all people will not work. People encourage us to expand. That takes time, money, additional resources. We are what we are but certainly open to suggestions and enhancements.

OIB is monetized one way, through display advertising. Some sites beg for money, some monetize through pay walls, some via display advertising, others through grants, and still others all of the above. Until someone comes up with a better way to monetize we will continue status quo. It’s what keeps us alive. But if you know a fairy godmother who’ll fund OIB advertising free, send that gift our way. (Not the Democratic Town Committee, please.)

If you’re into new year’s resolutions, be it resolved to tell one, two, three, hey 100 friends about OIB.

When this started no way did I think we’d be humming 10-plus years later. So keep it coming. Gratefully yours …