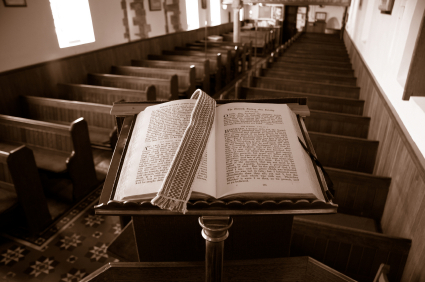 The political careers of several city pols have lived, died and been resurrected by the power of Bridgeport’s clergy, particularly the African American community and the church-going folks who vote at the urging of their politically active pastors.

Pastors are political players, not in the sense of placing their name on the ballot but certainly in what delivering a bloc of votes can mean to their neighborhood. I’ve heard this response when a pol seeks votes: You come see me when you want our votes. How about paving our streets? How about new sidewalks? How about a health clinic? How about more police patrols? How how taking my phone call?

A few weeks ago thousands attended the funeral of Kenneth Moales to honor his role in the community through his Prayer Tabernacle Church of Love. Pastor Moales didn’t mind telling city pols they shouldn’t ignore him or his followers.

A coalition of clergy led by co-chairs Pastor Anthony Bennett of Mount Aery Baptist Church in Bridgeport, Father Jim Manship of St. Rose of Lima in New Haven, Rabbi Bob Orkand of Temple Israel in Westport, and Rabbi Dan Satlow of Congregation Beth El in Fairfield will host representatives of 28 congregations at Mount Aery Thursday evening in a candidates forum to address three issues: “affordable and accessible health care, equity and access in public education, and predatory lending.”  The congregations make up The Connecticut Sponsoring Committee. And thousands of their people vote.

Republican candidates tend to shun these events. They shouldn’t. Voters from all walks of life are cranky. Democratic candidates shouldn’t assume they’re preaching to the choir. I’ve never seen a coalition of clergy come together like this in Bridgeport.

From the The Connecticut Sponsoring Committee:

The Connecticut Sponsoring Committee (CSC) is an emerging non-partisan, broadbased, multifaith coalition based in New Haven and Fairfield Counties. People from 28 congregations located across 11 urban and suburban municipalities comprise this multiracial representation of over 22,000 Connecticut residents.

Over a thousand members of the CSC will present stories on three specific issues to Democratic and Republican candidates for Governor, Attorney General, Treasurer, and Comptroller at 7:30pm on October 14th at Mt. Aery Baptist Church in Bridgeport. Confirmed candidates to date include Kevin Lembo, Denise Nappier, George Jepson, and Dan Malloy.

The meeting is not a debate or a rally, and no endorsements will be offered. Clergy leaders will ask the candidates two questions: if elected, will they be present at the CSC’s upcoming official founding, and will they meet with representatives of the CSC within 30 days after the election to collaborate on three pressing concerns. The issues are: affordable and accessible health care, equity and access in public education, and predatory lending.

The CSC is affiliated with the Industrial Areas Foundation (IAF), a national community organizing network established in 1940. Sixty IAF affiliates nationwide are powerful actors in local and state-level politics; for instance, the Greater Boston Interfaith Organization pushed the legislation for universal health care coverage in Massachusetts, and compelled the state treasurer to divest over $200 million in state funds from the Bank of America. After its official founding in 2011 the CSC will be a member of Metro IAF, which is currently spearheading the “10 Percent Is Enough” anti-usury campaign (www.10percentisenough.org/about-metro-iaf).