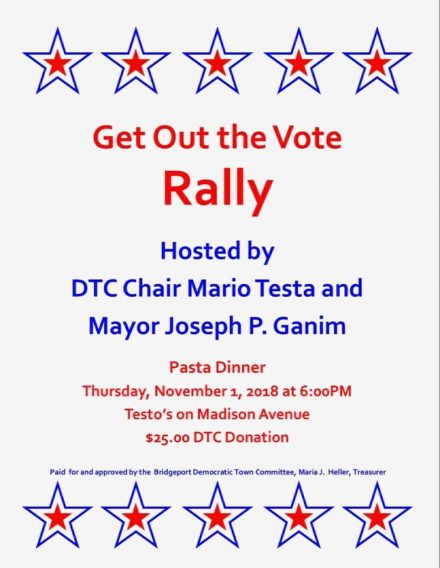 In Bridgeport, political rallies preen with pasta at the restaurant of Democratic Town Chair Mario Testa. Statewide candidates including Democratic candidate for governor Ned Lamont are expected to join a $25 event Thursday 6 p.m. at the epicenter of city politics on Madison Avenue.

The city’s Democratic political organization is stepping up its visibility in the days leading to the Nov. 6 general election with Lamont engaged in a poll-tight race against Republican Bob Stefanowski.

Urban turnout may be a deciding factor in the race that also impacts the down ballot results for other constitutional offices such as treasurer, attorney general, comptroller and secretary of the state.

Fire up your checkbooks, or in lieu of that, belly up to Mario’s bar. You never know who’ll show up there.